Aussie Farmers Make The Most of Scorching Summers With Solar 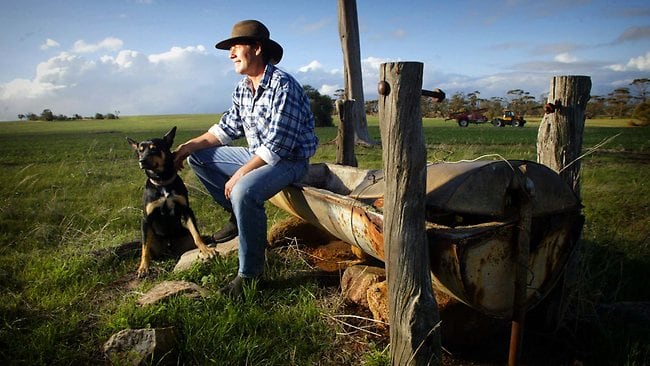 Aussie Farmers Make The Most of Scorching Summers With Solar

The searing Australian sunshine can be the bane of existence for many Australian farmers, as rain is hard to come by and crops suffer under extreme temperatures. Some farmers, however, are making the most of these conditions by using our most abundant resource – the sun – to offset their energy costs and keep their farms afloat.

Energy Minister Josh Frydenberg famously quoted figures on a 2016 episode of ABC’s Q&A program which suggested that Australia had the highest uptake of solar power systems in the world. While his sources have been debated widely, there is no denying that Australians have taken to solar in great numbers. Rising energy prices and previously generous solar feed-in tariffs saw record numbers of Australians install solar systems for their homes and businesses over the last several years. As summer approaches, the often-unreliable grid power networks in states like South Australia are causing no small degree of concern for businesses and residents, as the hottest part of the year means inevitable spikes in demand.

A record $33 million was invested in solar by Australian businesses in December last year, and a whopping $70 million was spent by homeowners around the country. These figures are set to rise again in 2017, as more businesses turn to solar in order to reduce their energy bills and blackout-proof their operations. Farmers in particular are well positioned to take advantage of our unique Australian conditions, and the introduction of storage units and home energy management systems (HEMS) have increased the appeal of solar power for many.

The potential to store excess solar power, and even feed back to the grid for a fee is enough to convince many Australian farmers that it’s time to invest in a solar power system. Despite the feed-in tariff reduction which occurred earlier this year, solar installations seem to be continuing to rise. Energy prices for rural Australians have doubled since 2009, and farmers are burdened with disproportionate ‘pole and line’ costs, thanks to their remote locations and relative lack of numbers. Between 2016 and 2017, power prices for farmers increased by around 10%, which is four times the consumer price index (CPI). This seemingly unfair cost burden shows no sign of reversing, as subsequent governments talk tough on power regulation, yet show little in the way of actual reform.

As well as the issue of cost, unreliable and unstable grid power can cause significant disruptions to farming operations. From water loss due to non-functional water pumps, to cold storage failure and the subsequent losses, and even losing communications such as phone and internet; regular power outages can spell disaster for rural and remote properties. Power surges, which often occur when grid power is under pressure, can damage equipment and cause thousands of dollars damage to farms.

Solar power offers Australian farmers the opportunity to reduce their reliance on the grid, and drastically reduce their energy costs. Furthermore, certain government incentives such as the Energy Savings Scheme in NSW can offer incentives and rebates for businesses who make renewable energy investments in their businesses. Some Australian farmers have already made the decision to switch to solar, and are beginning to reap the benefits.

Farming community Ravensthorpe, 500km south of Perth, have experienced ongoing issues with power outages and extreme price increases. Six farming households in the remote town, with the assistance of WA utility Western Power, recently took matters in to their own hands, with the introduction of a solar power trial which is now paying dividends.

“It has been just fantastic, it’s far exceeded our expectations, and its’ very good, clean power.”

The solar systems were offered by WA’s utility provider Western Power for free, as a lower-cost alternative to replacing aging poles and wires. Ravensthorpe’s farming community now has access to a reliable, stable power supply the likes of which they’ve never seen. The trial’s success has prompted similar communities to consider the scheme for themselves.