University lectures, no matter how interesting the topic, can have difficulty capturing the rapt attention of a student audience at the best of times. For one lucky group of demolition students from the University of Wolverhampton, the regularly drudgery of weekly lessons was shaken up with the attendance of a rather thrilling guest speaker. Explosives expert, Dick Green, is somewhat of a rock star of the demolition industry and blew students away with his discussion at Wolverhampton’s City Campus just last month. 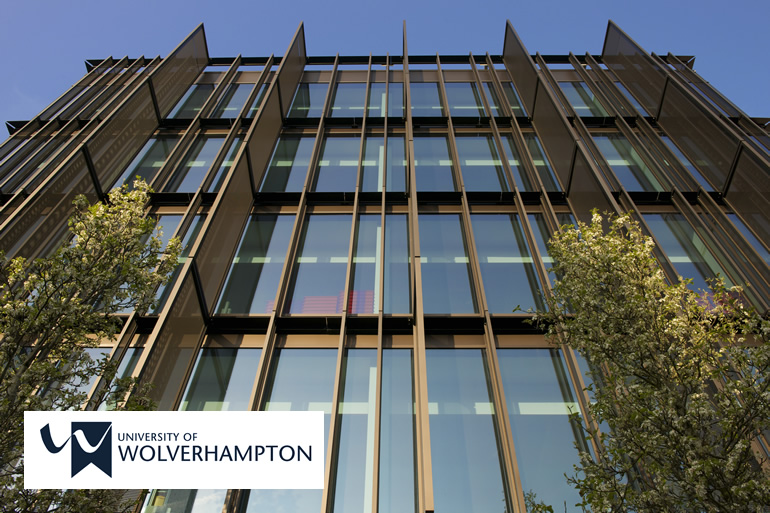 Addressing the university’s Master’s degree students in the School of Architecture and the Built Environment, Green stole the spotlight with his wealth of knowledge about the use of explosives in demolition and construction.

The first of its kind in Europe, the Demolition degree has a strong focus on combining the real-world experience of industry experts with traditional academic learning to give students a highly technical and practical understanding of the demolition jobs they’ll one day go on to do. Robin Powell, director of DSM Demolition Ltd., who is undertaking the Master’s degree said:

“This is an important step forward, an initiative of Wolverhampton University in collaboration with the Institute of Demolition Engineers. We think it’s important for the future of the industry that professional engineers have a qualification that is recognised throughout the world.”

In fact, the course is accredited by the Institute of Demolition Engineers (IDE), which promotes the science of demolition engineering and fosters learning, innovation and enhanced safety practices within the industry. Accreditation of the degree by the IDE demonstrates the university’s commitment to preparing its students for their careers by learning from the best in the business.

As managing director and explosives engineer at Index Industrial Explosive Engineers Ltd., Dick Green is arguably better positioned than anyone to address students on the finer points of demolition in the 21st century. Working within the army for over two decades before becoming a senior explosives engineer for the UK’s leading explosives demolition firm, Green carries a wealth of experience second to none when it comes to the practical applications of explosives in the demolition industry.

“It’s important on a course like this that people learn about explosives,” Green says. “Because the type of people studying will, at some point in their career, will be involved in explosives demolition.  By giving the students insights into explosives and how they work, this will enhance their capability and their career.”

Having been heavily involved in the planning and supervision of explosives demolition exercises around the world, Green now lectures and presents as a guest speaker for a range of explosives topics, including but not limited to, military and civilian projects and even Hollywood movie and television demolitions.

Green is not the only industry expert supporting the involvement of demolition experts in the academic sphere. Davinder Singh Reehal, technical director for demolition firm, John F Hunt Ltd., said:

“The industry is moving along all the time, and it’s good to get professionals in, because you catch that movement, new ideas, new skills, new methodologies. And getting Dick in, who’s an expert in what he does, he might be 18 months, 2 years ahead of where academia is, and it’s good to get that live input of what’s going on in the industry.”

Watch the video below to hear more from students and industry experts about the importance of having experts like Green involved with this revolutionary degree.