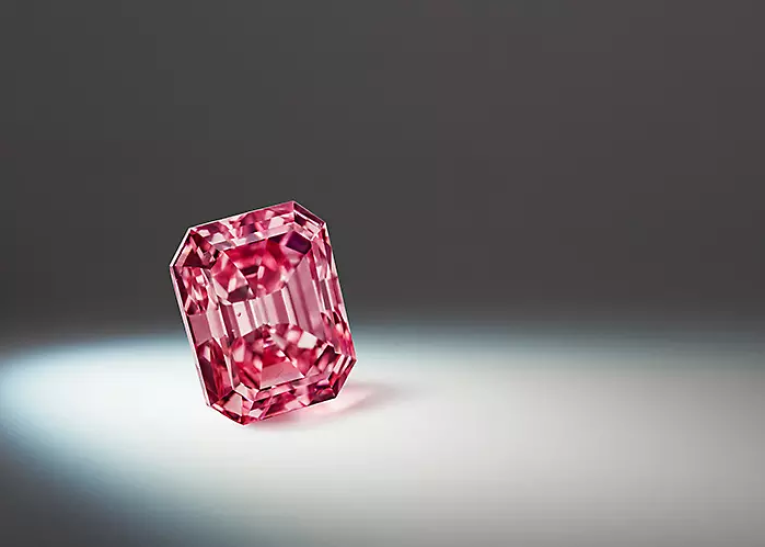 Since 1984, Rio Tinto’s Argyle Diamond Mine has been producing some of the world’s most spectacular pink diamonds, ranging in shades from soft, blush pinks to deep reds and even purples. Each year, a tender is held for the sale of a selection of these rare diamonds, and the event draws worldwide interest. This year’s tender is set to be even more fascinating than most, with the scheduled sale of one of the largest vivid pink diamonds ever uncovered.

Due to close in the year 2020, the Argyle Diamond Mine is rapidly approaching the end of its supply of diamonds. As a result, the rarest and most collectible of diamonds – the pink diamond – is sure to become more valuable than ever before. Rio Tinto’s mine in Western Australia’s Kimberley region provides over 90% of the world’s pink diamonds, and recently uncovered what is the largest diamond of its colour to ever be included in the annual tender; a 3.14-carat vivid pink diamond dubbed ‘The Argyle Alpha’.  The emerald-cut stone will feature among 63 diamonds scheduled for the 2018 tender, for which bids will close in October, after viewings in Sydney, Hong Kong and New York have taken place.

Just two years out from the mine’s closure, the featuring of The Argyle Alpha is a nice bookend to the very successful history of Rio Tinto’s mine. Not only is it the only major known source of red and pink diamonds in the world, the Argyle Diamond Mine also produces significant quantities of other gems such as champagne, blue and even cognac-shaded diamonds. When Rio Tinto first began offering up its treasures for sale back in the 80s, one of its first significant discoveries was the Pink Jubilee, weighing in at over 12 carats. For a mine that many thought would never exist, this is no mean feat. Australia isn’t traditionally regarded as a lucrative source of diamonds, and yet researches spent years investigating the link between the lamproite deposits in the volcanic Kimberley region and diamonds, rather than the traditional kimberlite source.

It’s uncertain exactly what Rio Tinto can expect to receive for this one-of-a-kind gemstone, found in 2015, and it has not set a price for the stone. The record is set at $2.2 million USD per carat for previous pink diamond sales, meaning this giant specimen could receive around $7.9 million or more. In saying that, at auction, diamonds of this kind have been known to fetch well in excess of these sums. Last year, for example, the 59-carat Pink Star diamond sold for over $70 million, setting the record for the highest sum ever received for a diamond at auction.

“Rio Tinto’s Argyle mine is the world’s only source of these highly coveted pink, red and violet diamonds and we expect considerable interest in this year’s collection. The combination of strong demand and extremely limited world supply continues to support significant value appreciation for Argyle pink diamonds.”