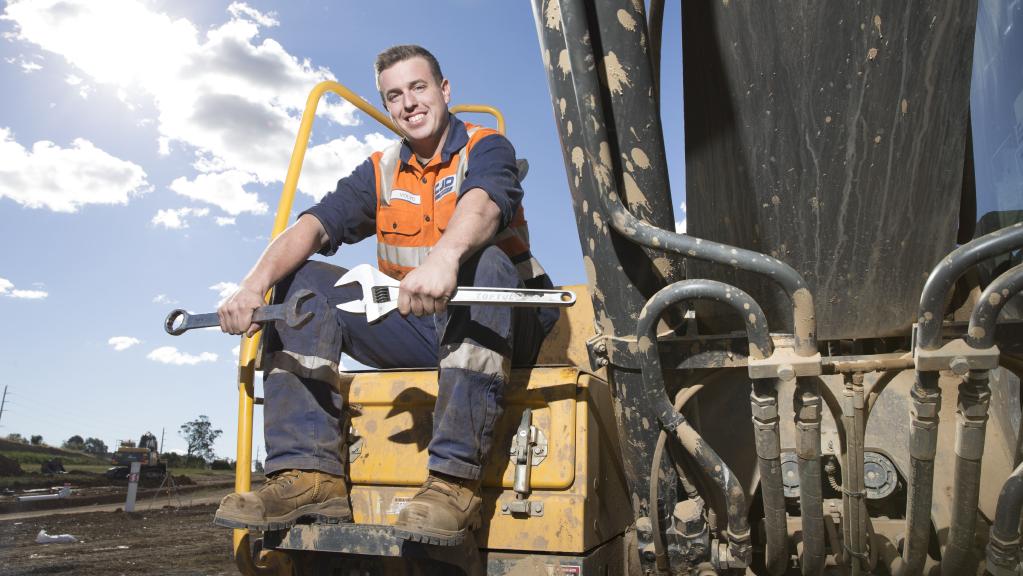 The heavy-vehicle mechanic at CJD Equipment said being named 2017 Apprentice of the Year was “surreal”.

“It’s been an incredible experience,” he said. “I strive hard, working two jobs across the weekend. When you are an apprentice, financially it is really tough.”

Blake Mulroe began his apprenticeship with CJD Equipment at our Sydney branch when he was 19 years old. From first going through My Gateway to find an apprenticeship, he never expected such a rise.

“I studied to Year 12 and wanted to become a history teacher,” he said. “Then four years of full-time study worried me so I tried my hand as a mechanic and really enjoyed it.

“It is just so challenging, mentally and physically.”

As a qualified field technician with CJD equipment, Blake is now responsible for a majority of maintenance and service of equipment across Sydney.

He said he would encourage anyone to complete an apprenticeship with the sacrifices all worth it.

“It has changed my life and the trade will be with me forever,” he said.