In founding Summiitt Earthworks in 2001, Tim Gardner realised a long-held goal to run his own business. The civil construction and forestry company, based in Burra NSW, initially started out small, and then grew steadily over the years, adding to its fleet of equipment and expanding its suite of services.

Born and bred in Canberra, Tim told EEM he had initially started out as a landscaper out of school, and had subsequently become involved with machinery, having spent time as a plant operator for the National Parks and Wildlife Service on the Main Range near Thredbo in the Snowy Mountains.

“I thought I was an okay operator until I got into the mountains – that lifted the game and really pushed the limits of what was possible with a machine in some pretty intense situations on the Main Range with shear drops and no room for mistakes,” he recalled. 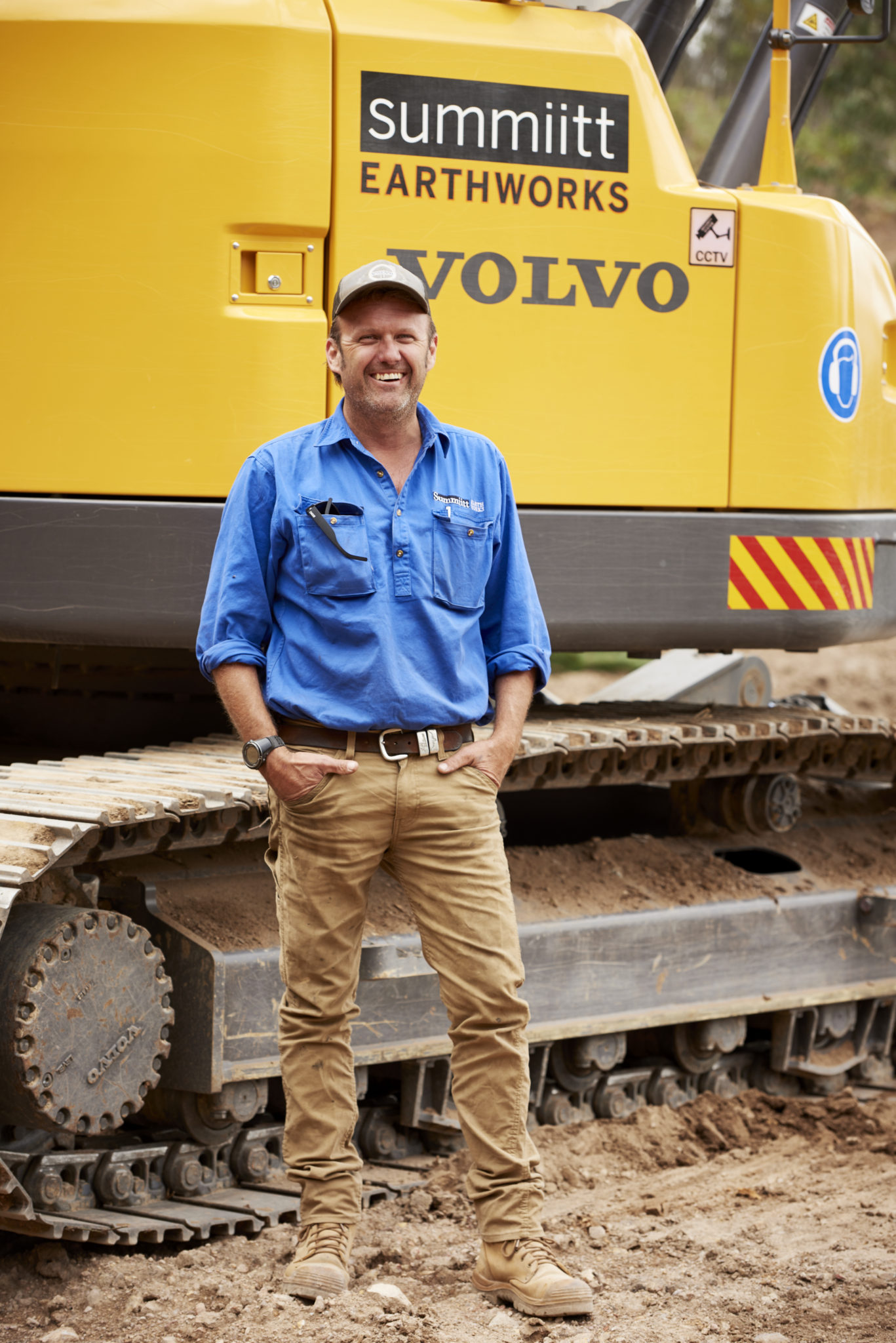 From there, Tim became involved in civil works with some local Canberra customers, regularly asking questions and gaining valuable knowledge, prior to taking the leap and starting his own business.

“I’d always had a focus on having my own business, and that’s how Summiitt came about – sometimes you just have to have a crack and back yourself,” he explained.

“I started out with a second-hand UD tipper and a new Bobcat. The truck nearly sent me broke within 12 months – I got through that, and Summiitt grew from that point, always adding the best equipment I could afford at the time.” 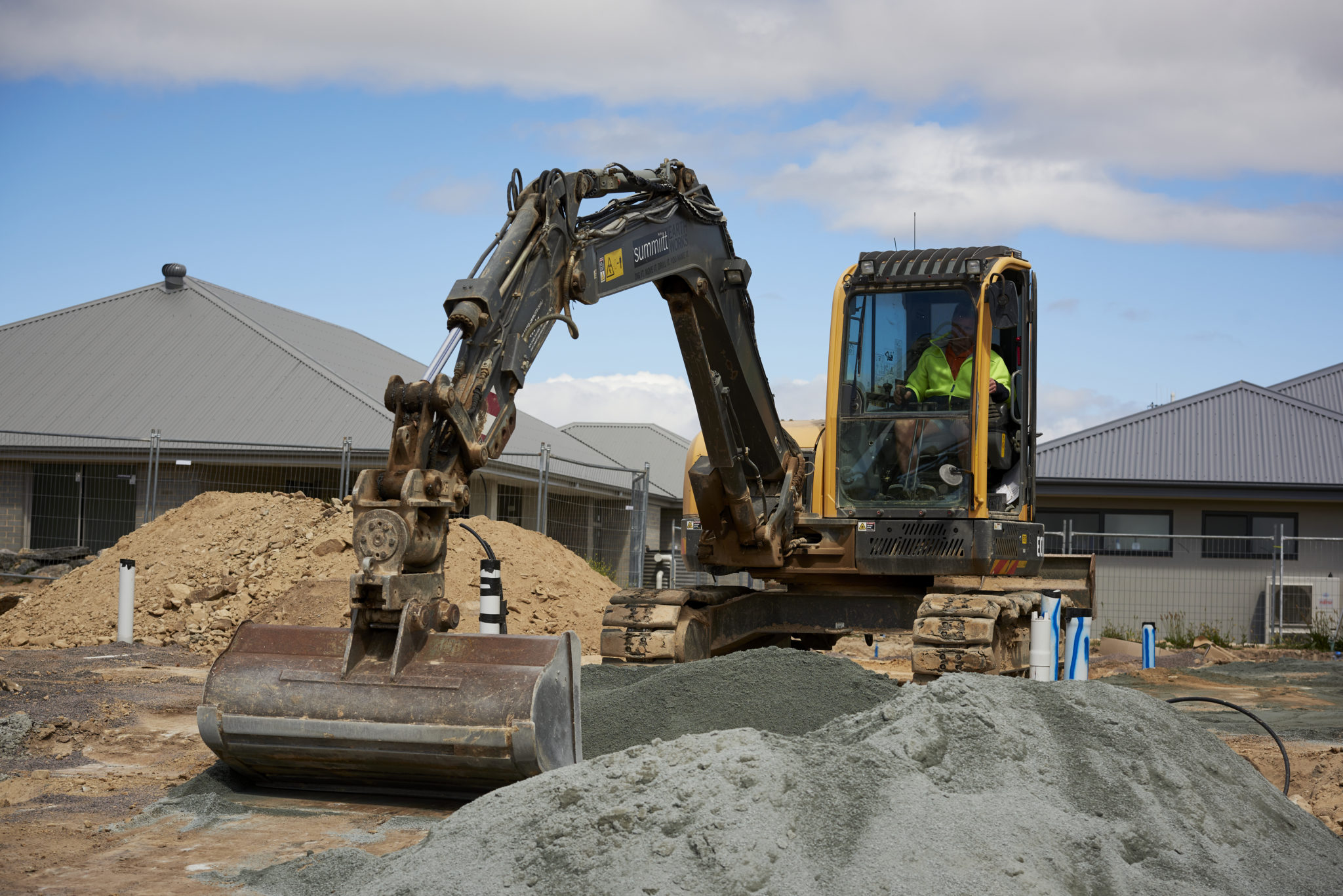 Summiitt Earthworks provides a range of services, with Tim explaining that the company maintains a small crew which undertakes civil works, including road maintenance, fire trail construction, and bulk and detailed excavation, in Canberra, while its main focus is on forestry and fire management and rural earthworks. Over the past five years, Summiitt has transitioned into services, including: mechanical mulching, fire trail construction and maintenance, rural subdivisions, forestry mulching and remote area weed spraying. Compared to its competitors, Tim told EEM Summiitt is prepared to tackle “jobs that most companies won’t take on”.

“The more remote, the more difficult, the better for Summiitt,” he said. “We have set up 4×4 water trucks, 6×6 plant chaser utes for the fire season, as well as an 8WD tipper that tows our forestry mulchers and D6 dozer further into the national parks, which is a big advantage, particularly during direct attack fire fighting operations.” 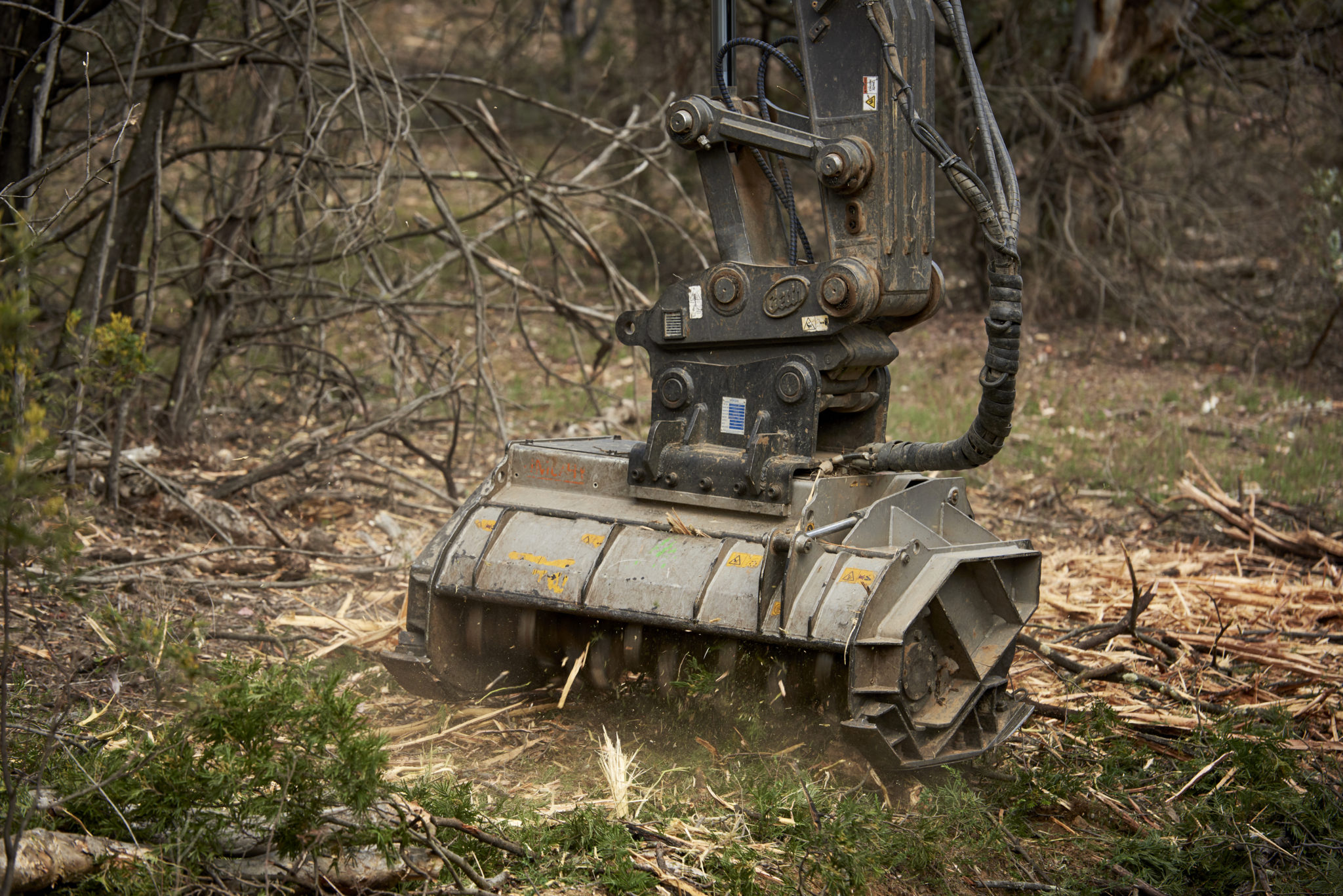 He also highlighted a capacity to offer customers solutions “that might be left field”, pointing to the work Summiitt has undertaken at the National Zoo and Aquarium, comprising a major extension for the Jamala Wildlife Lodge.

“I was approached about whether it was possible to transport some rhinos from Sydney Airport – the job was carried out successfully, and subsequently we have moved white lions from the Mogo Zoo, and giraffes from both the Dubbo and Mogo zoos,” he explained.

“Not an easy task, dealing with permits, media and quarantine, along with the constant attention and amazement of a giraffe on a float cruising through places like Braidwood and Bungendore.” Summiitt is currently working on a number of jobs, including fire management mulching in water catchments, dam construction, vegetation management, a rural subdivision, and several site cuts and associated works for local builders, with Tim noting its “machines have pretty well zero downtime, and roll from job to job”. 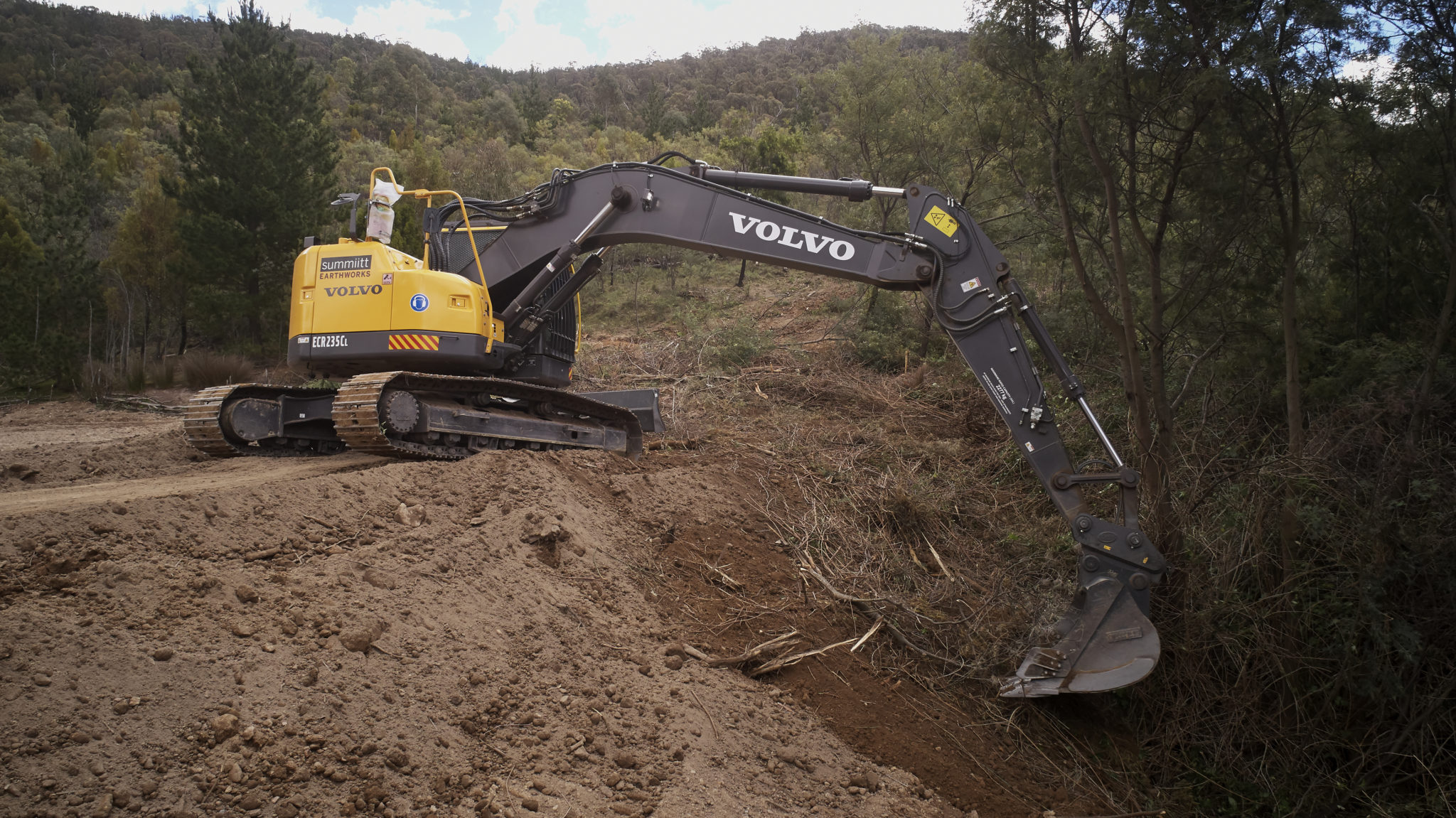 Tim explained that he prefers multipurpose equipment, suitable for carrying out day-to-day earthworks duties, and then with minimal adjustments capable of being deployed across heavy forestry mulching or rehabilitation work.

“We are probably different to a lot of companies in that machine control is a disadvantage to us,” he noted. “We run GPS mapping systems for our bush work, but anything that can get tangled up in the scrub is a big issue, so much so that we operate our machines without fall protection, as it wouldn’t hold up any longer than a week in the bush. That’s where the Volvos are great, all of our daily checks can be carried out in the cab or on the ground.” 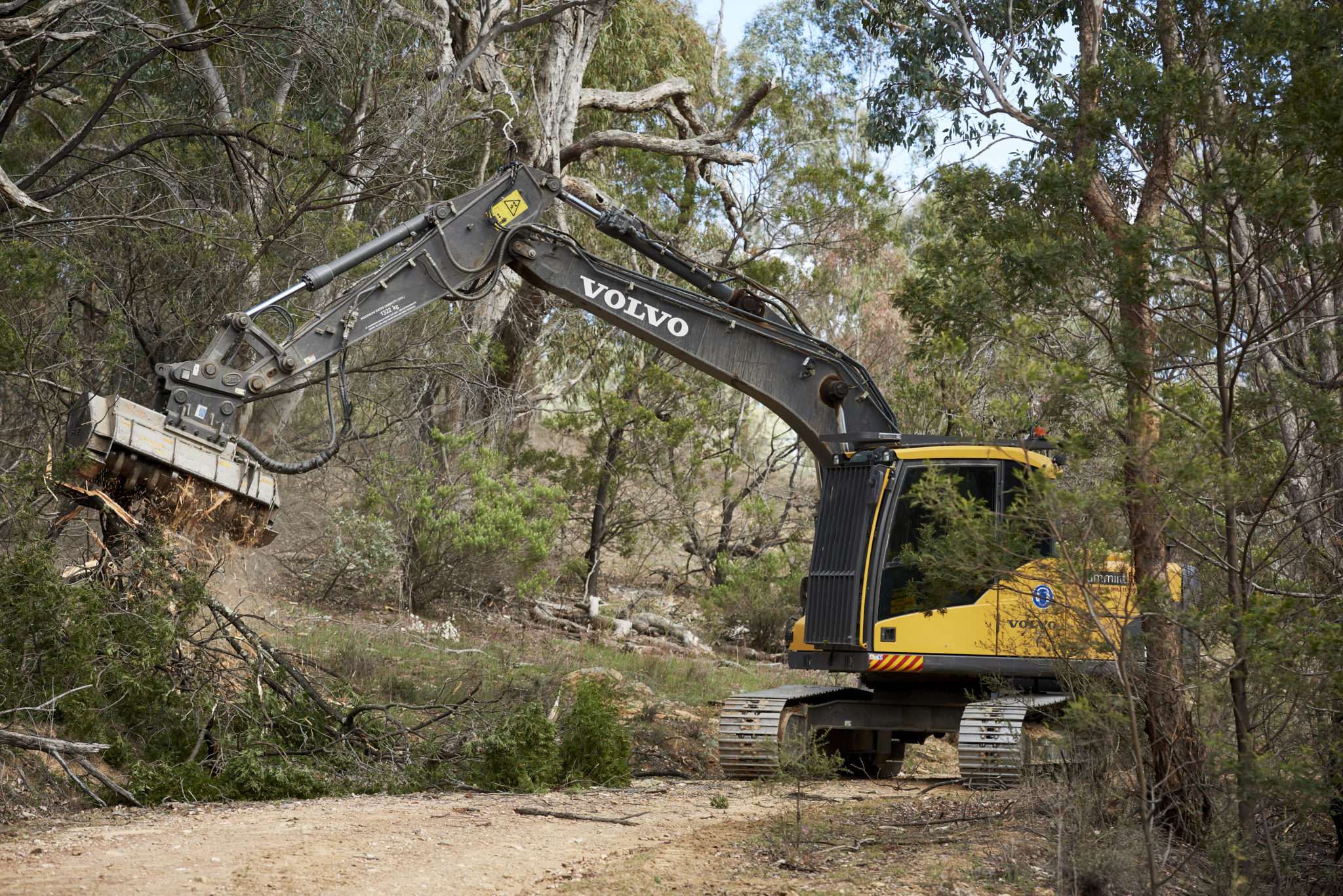 Tim observed that the bottom line is he “wouldn’t buy Volvos if they didn’t perform”, and pointed to the importance of the after-sales parts and service back-up provided by privately owned Australian construction equipment and trucks distributor CJD Equipment.

Ross Forsyth, CJD Regional Sales Manager, ACT South West Slopes, Riverina, told EEM he has been working with Summiitt over the past seven years, initially as a mechanic before moving into sales, with his relationship with Tim stretching back to before he started working with CJD.

“Tim has worked with my old man over the years, as they are both in the earthmoving game, but I got to know Tim more through CJD when I started as a mechanic,” he explained. “I would go to site to carry out the first services on Tim’s new diggers, and this eventually led to selling my first digger to Tim.” 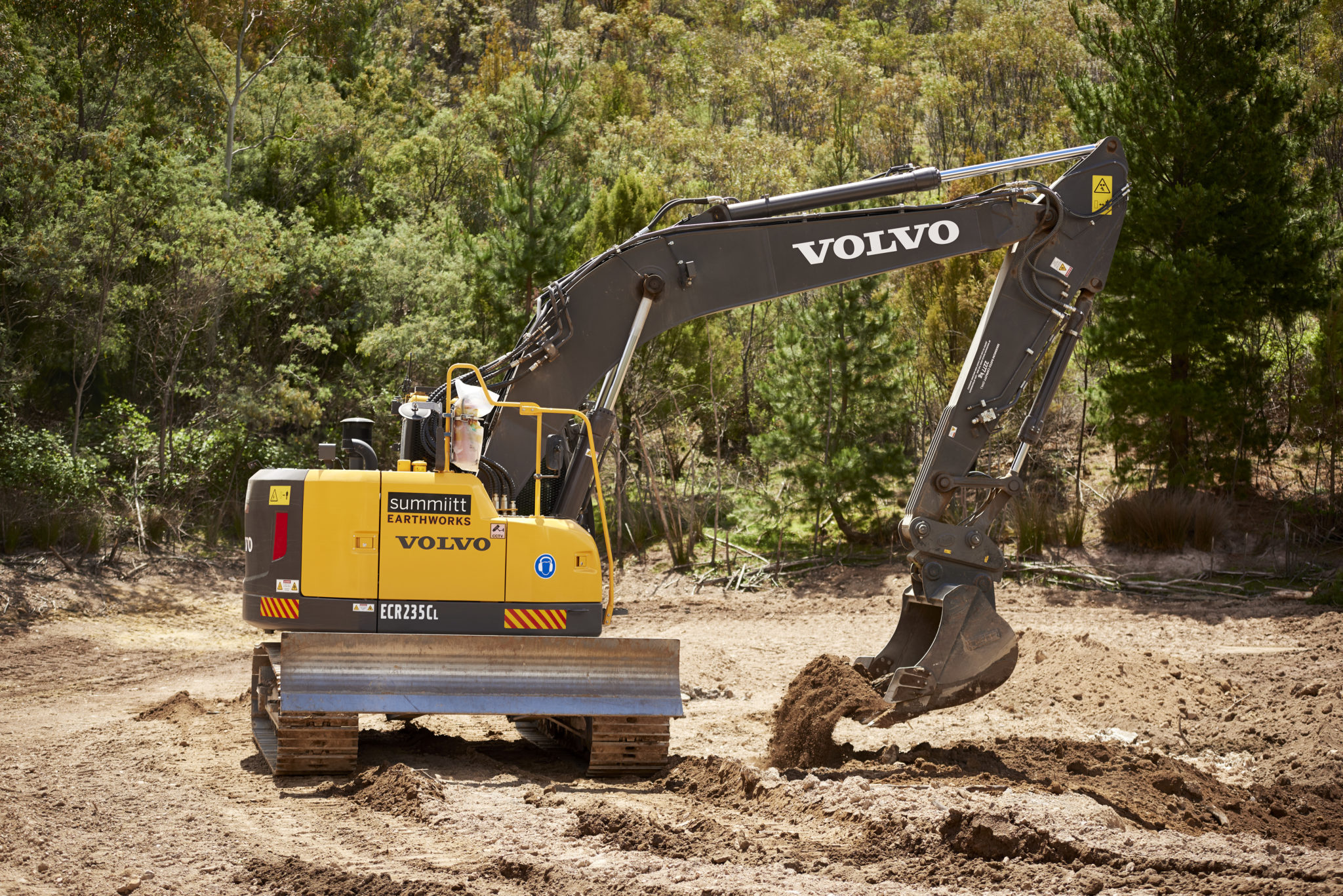 Over the years, Summiitt has purchased a range of Volvo excavators, with Ross noting the company’s most recent purchase was a Volvo ECR235C excavator. 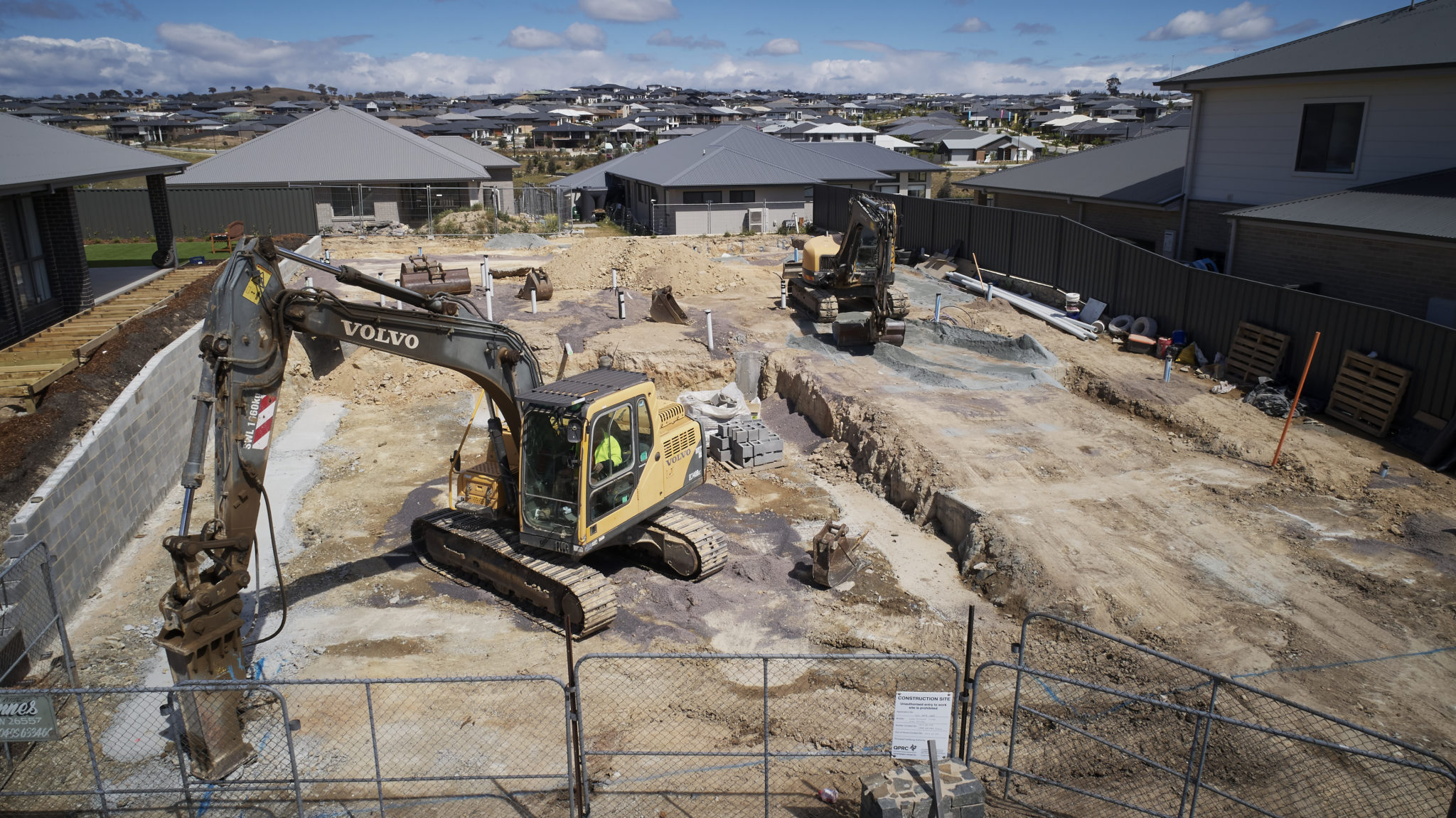 Tim stated that machine reliability and after-sales service are especially critical for Summiitt, with it often operating in isolated conditions.

“If something breaks, it’s a major issue, it’s a very different environment to what other local contractors face, but to Summiitt it’s just part of the job,” he commented.

“To date, a starter motor that failed at 6000 hours in a remote area is the only major issue I’ve had, in around 15-18,000 combined hours, that’s physically stopped the machine.”

Tim additionally noted that CJD Equipment is prepared to back the equipment it sells, pointing to his recent purchase of the ECR235C excavator.

“I put the purchase out to another brand and questioned cooling capacity, particularly in relation to hydraulic cooling in summer with an FAE mulching head – I was told that it ‘should be right’, but no guarantees,” he commented.

“The same question posed to CJD Equipment was a straight-up yes – ‘we guarantee operation at full mulching capacity up to 52 degrees ambient temp. If you have issues, it’s our problem’. That was what I wanted to hear, a company that will back what it sells and stick by its customers.” 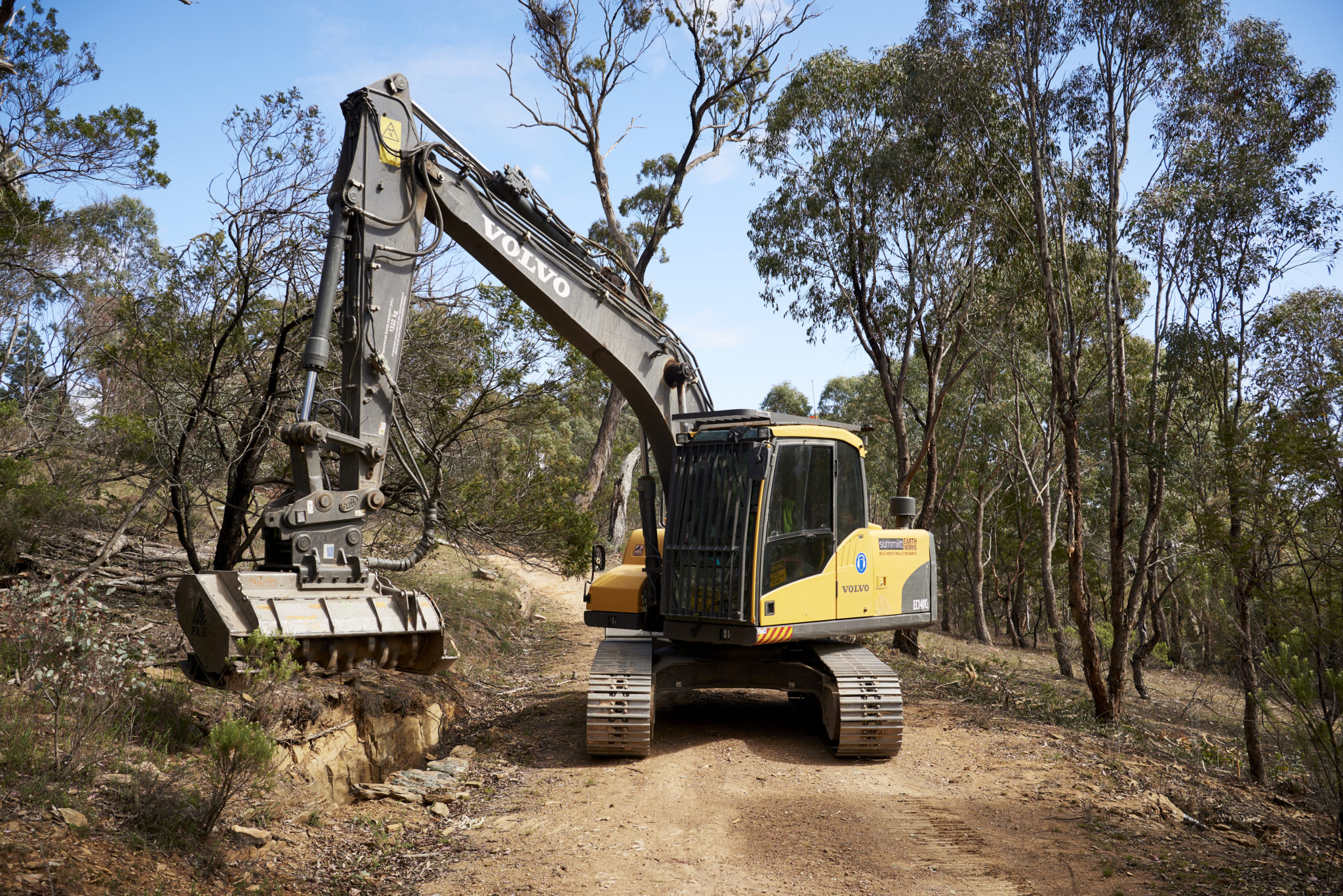