"> Base Contractors and CJD Equipment 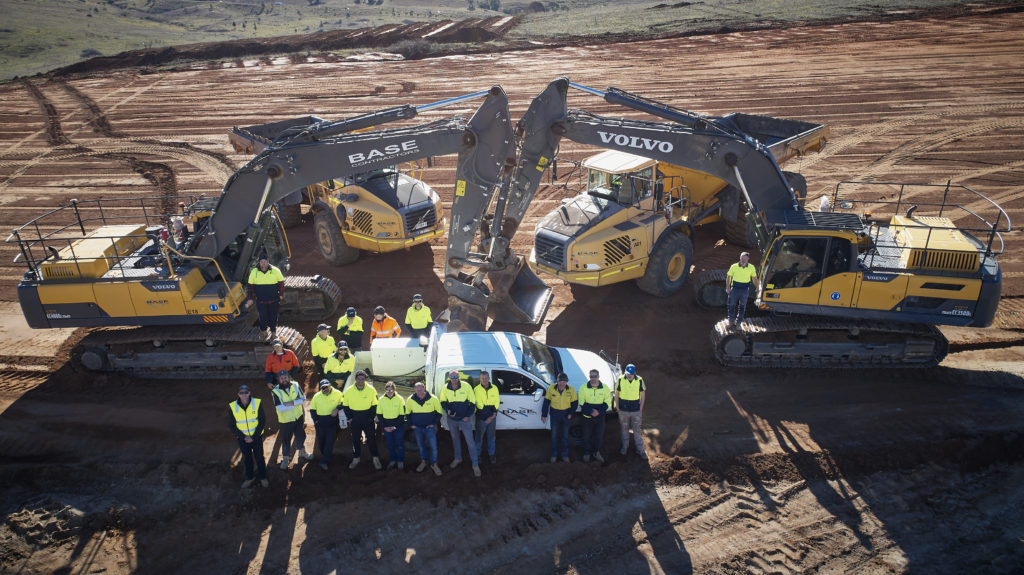 Civil construction, earthmoving and bulk haulage company Base Contractors has enjoyed strong growth since commencing operations over a decade ago, with the NSW-based business having expanded over the years to incorporate a range of services, from bulk earthworks to detailed excavations and concrete works, along with heavy haulage and plant hire. 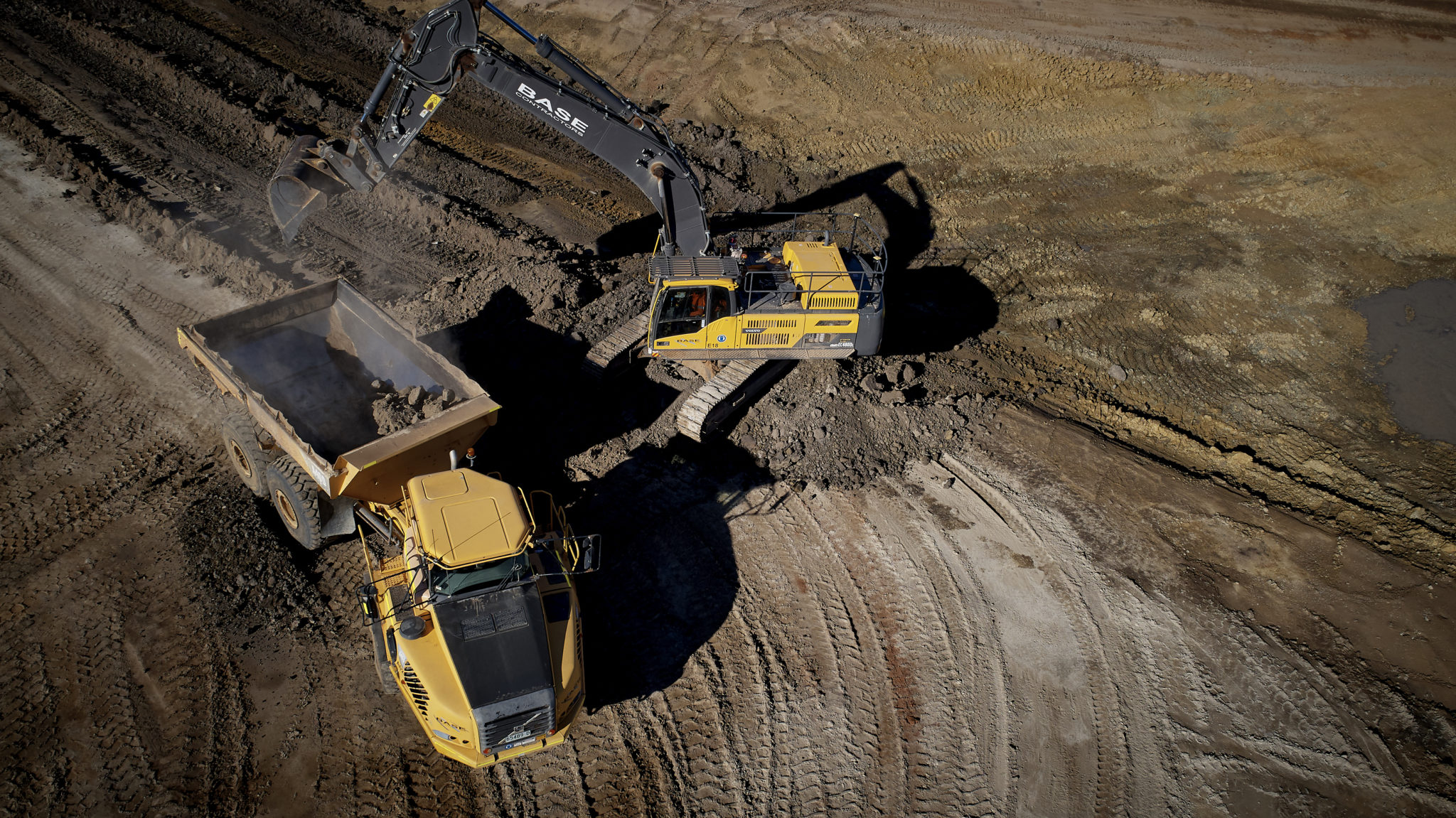 Base’s Shane Blackley told EEM that he and business partner Phil Smith had started Base in 2008, with the company initially starting out small, drawing on a comparatively limited range of equipment and providing a specific range of services.

“We both had been in the construction industry from an early age, and had experience across a vast selection of trades,” Shane said. “Phil had bought a truck and dog, and I had bought a Bobcat and an 8 tonne excavator to start our business in civil construction. 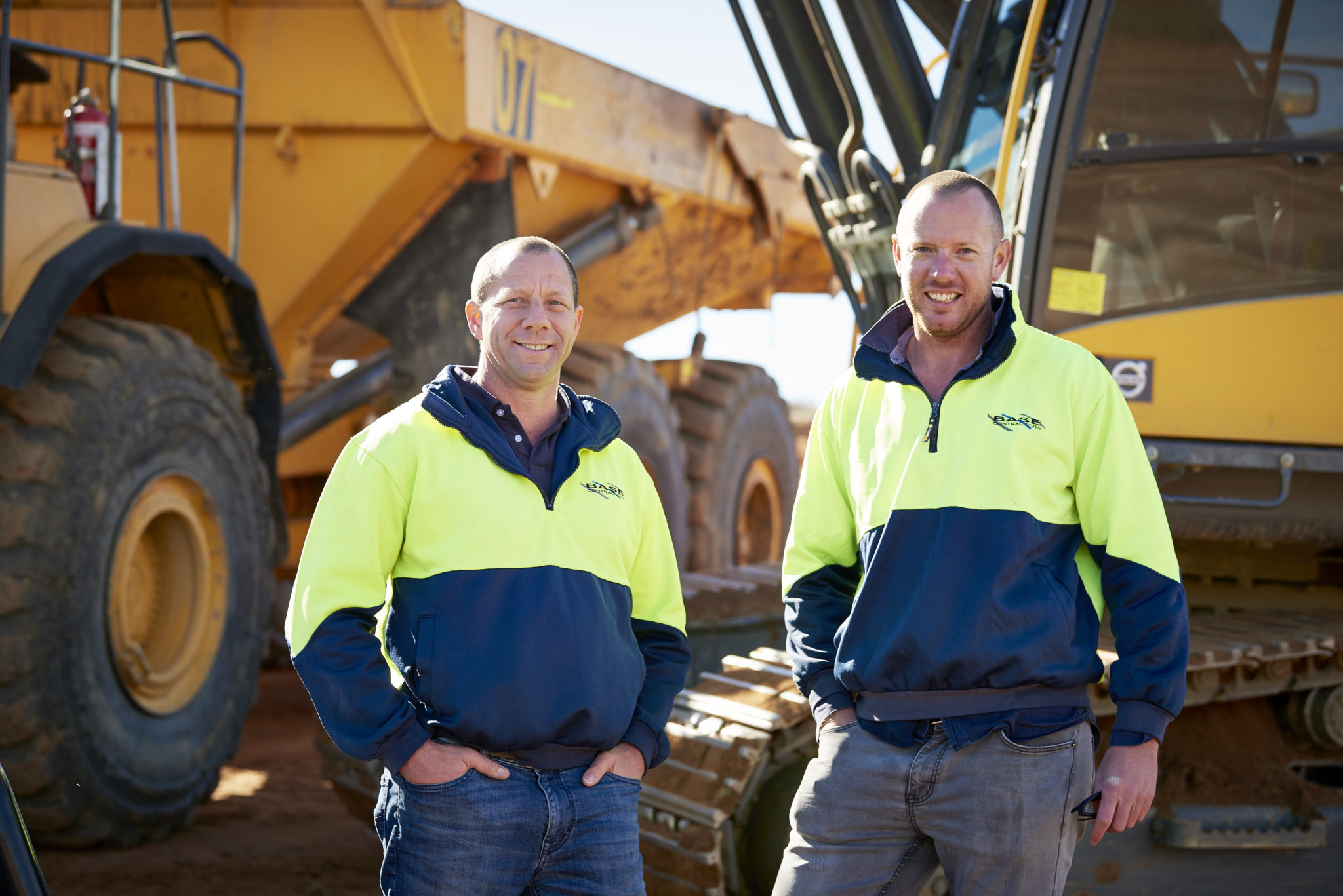 “We hired just a couple of staff to help us out, and specialised in commercial building sites, completing site preparation, foundations and car parks.”

In the years since, Base has significantly expanded its scope of operations, along with its portfolio of equipment, and now employs 45 staff members (including four diesel fitters to keep up with repairs and servicing), and maintains a fleet made up of over 70 pieces of plant equipment.

Base, which operates out of Majura in the ACT, provides services in Canberra and the surrounding regions, including Queanbeyan, Yass, Cooma and Goulburn, with Shane noting that demand in the region has helped fuel the company’s growth, and also pointing to the emphasis that Base places on ensuring it produces high-quality work and keeping its clients happy. 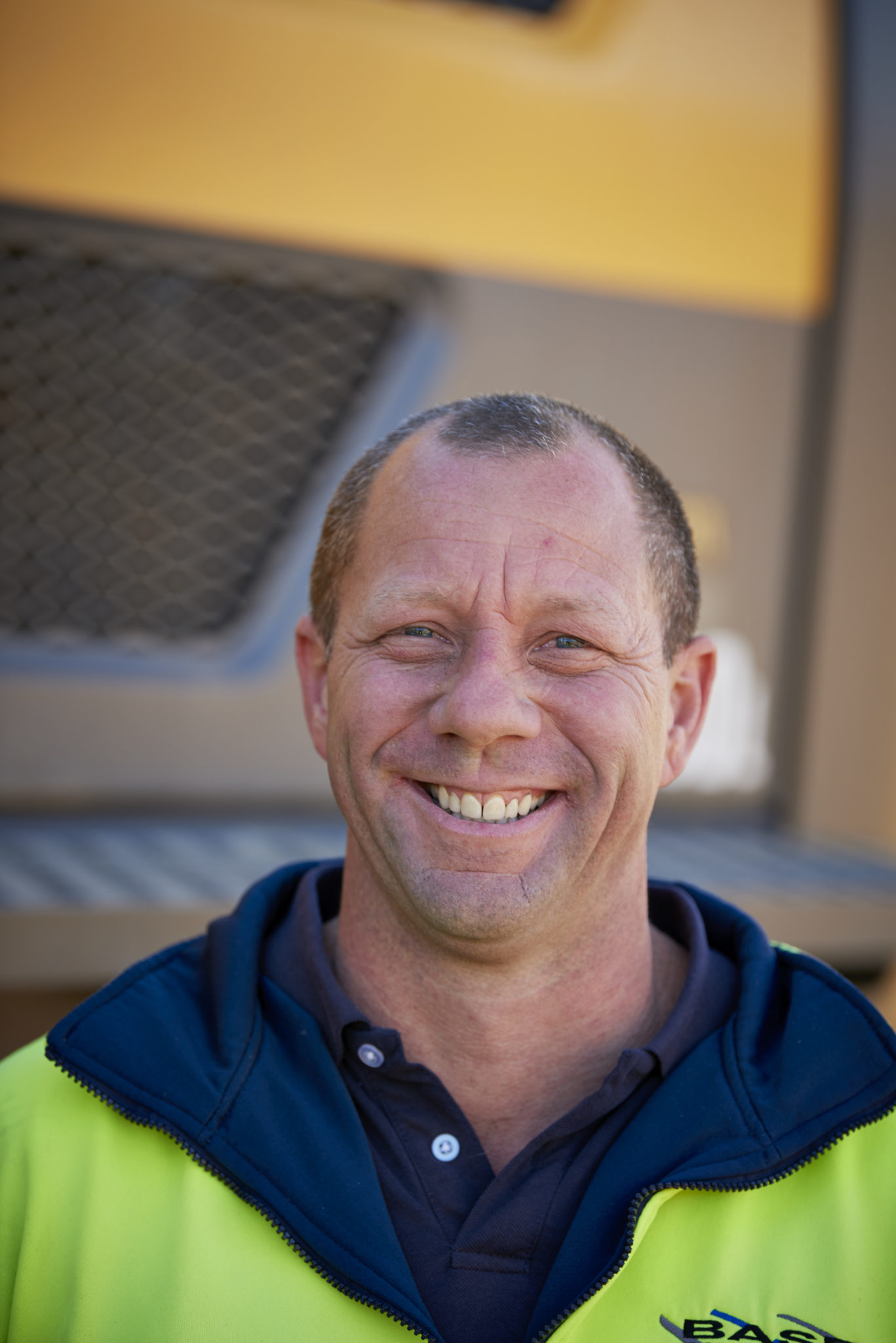 Shane told EEM that Base has recently commenced operations at a bulk earthworks project at Whitlam Stage 1B, a future subdivision in the Molonglo Valley in the ACT. 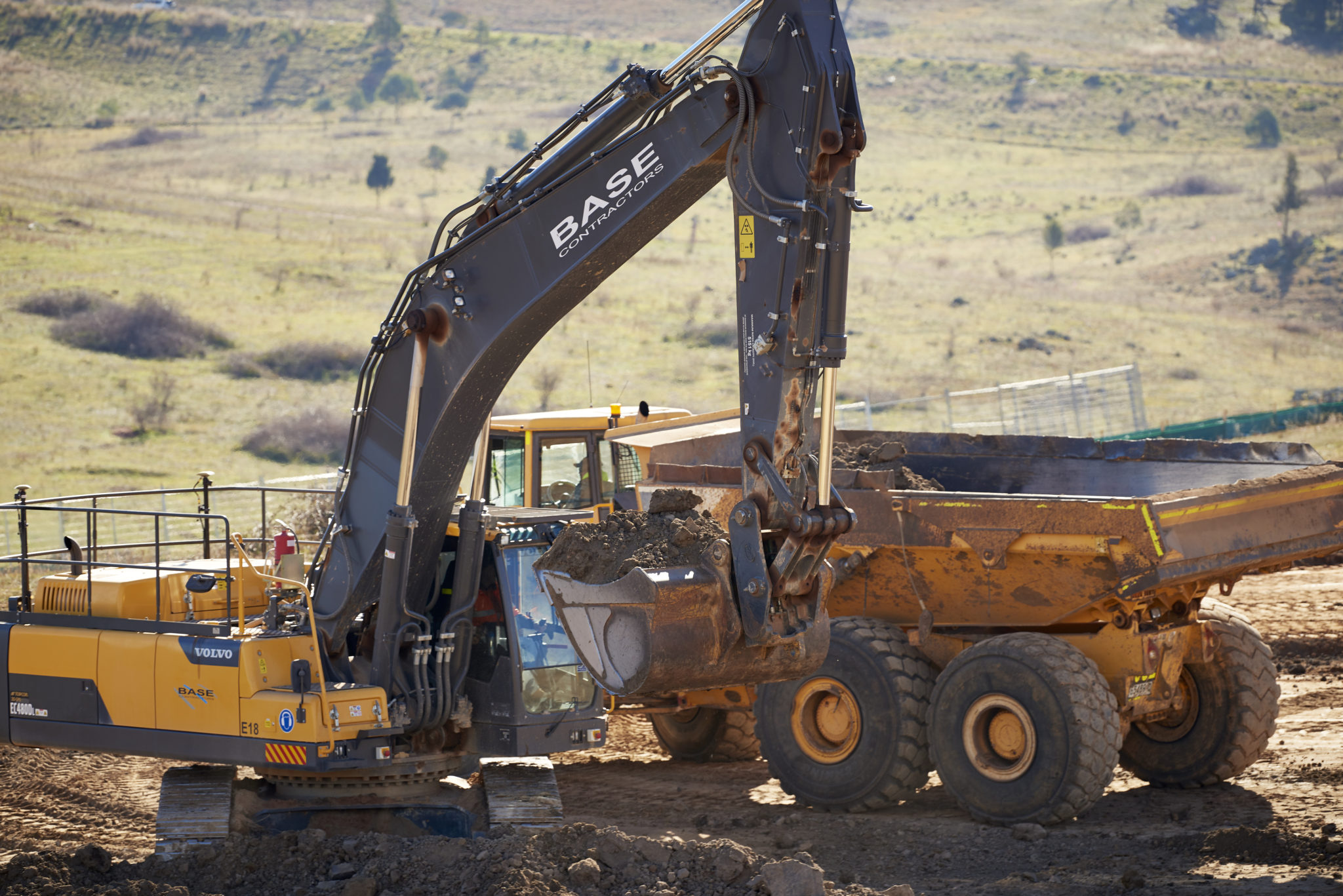 “At this development we will start with green field paddocks, and shape them into residential blocks, roads, waterways and parklands after moving a few hundred thousand cubic metres of earth,” he said. “Our smaller crews have also recently completed the earthworks and pavements at the new McDonald’s and Caltex service station at Weston Creek in Canberra.”

Experienced supervisors and passionate operators with a keen attention to detail have helped Base Contractors build its reputation, along with quality equipment, with Shane explaining that Base constantly seeks to improve its machinery, enabling it “to be more efficient and keep our operators safe and comfortable”. 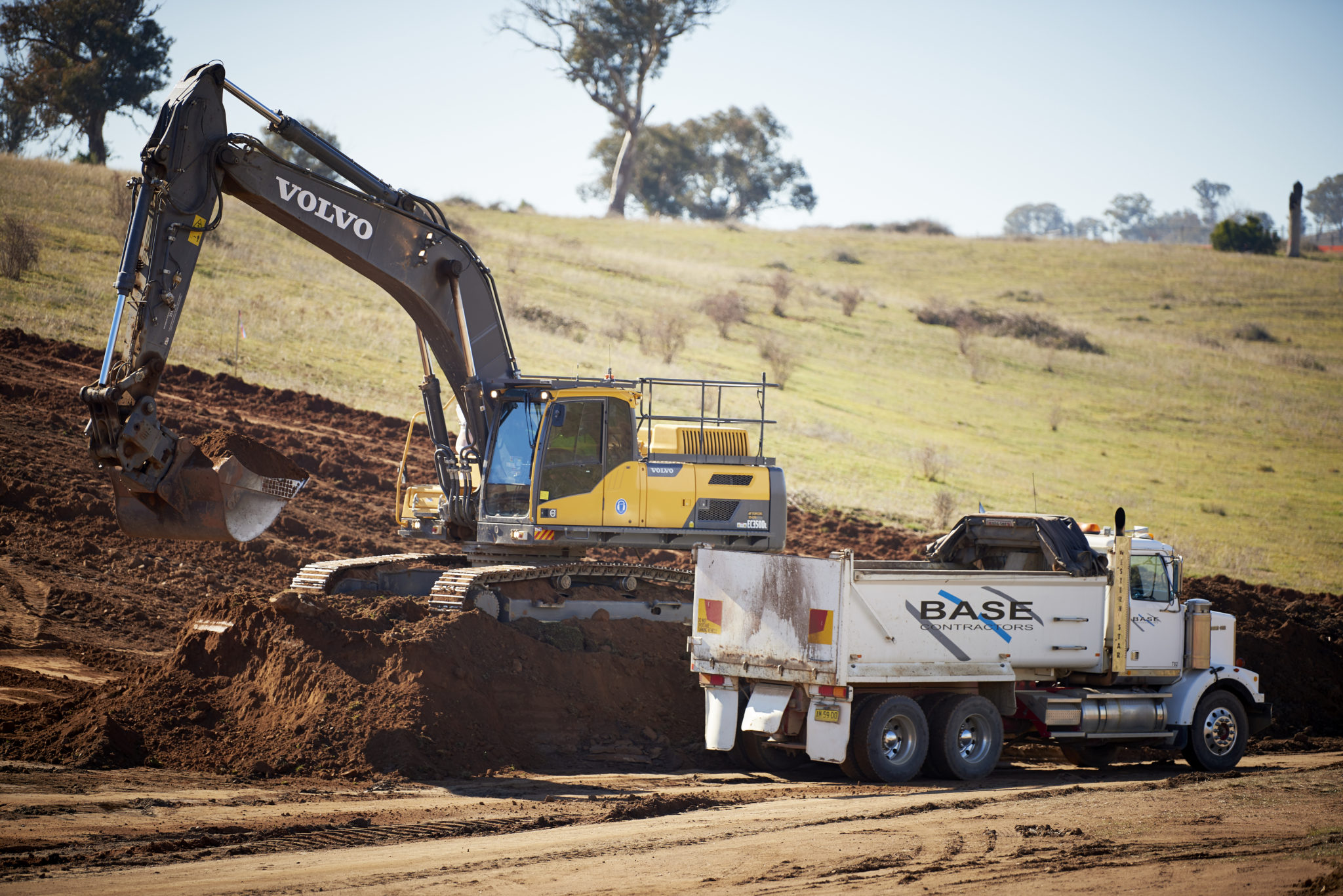 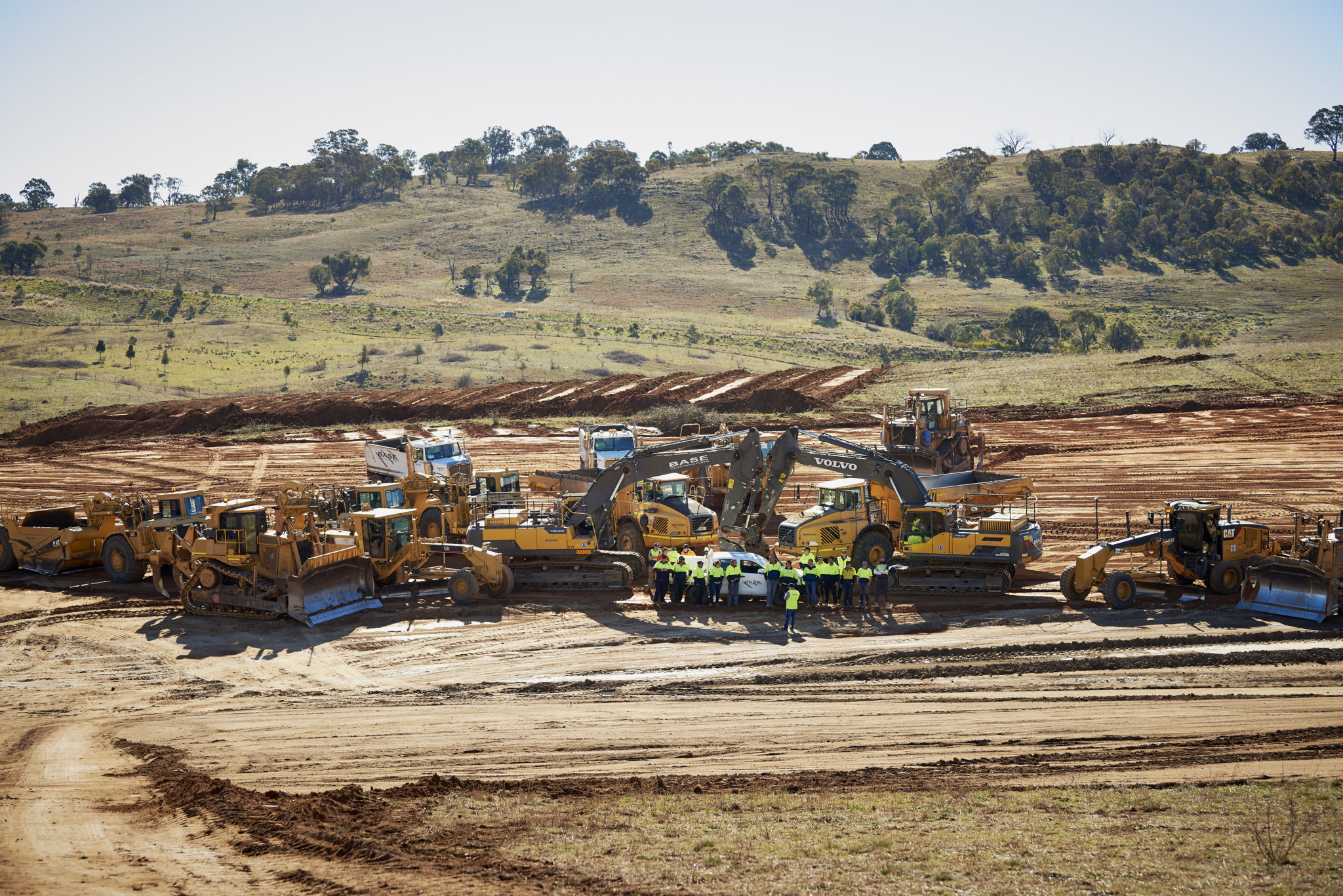 “CJD was able to supply these machines to us with hydraulic tilt hitches, in-cab Bluetooth hands-free kits, and they worked seamlessly with our GPS supplier to have these machines complete when they arrived ready to work,” Shane commented.

“These four excavators have proven to be a great purchase for Base, and the operator comfort in the cabs of each digger has been great, with low noise, good radios, hands-free and ergonomic seats.” Shane explained that fuel economy was a primary reason behind Base Contractor’s decision to go with Volvo excavators, stating that the decision “has paid off, particularly with the larger diggers”. 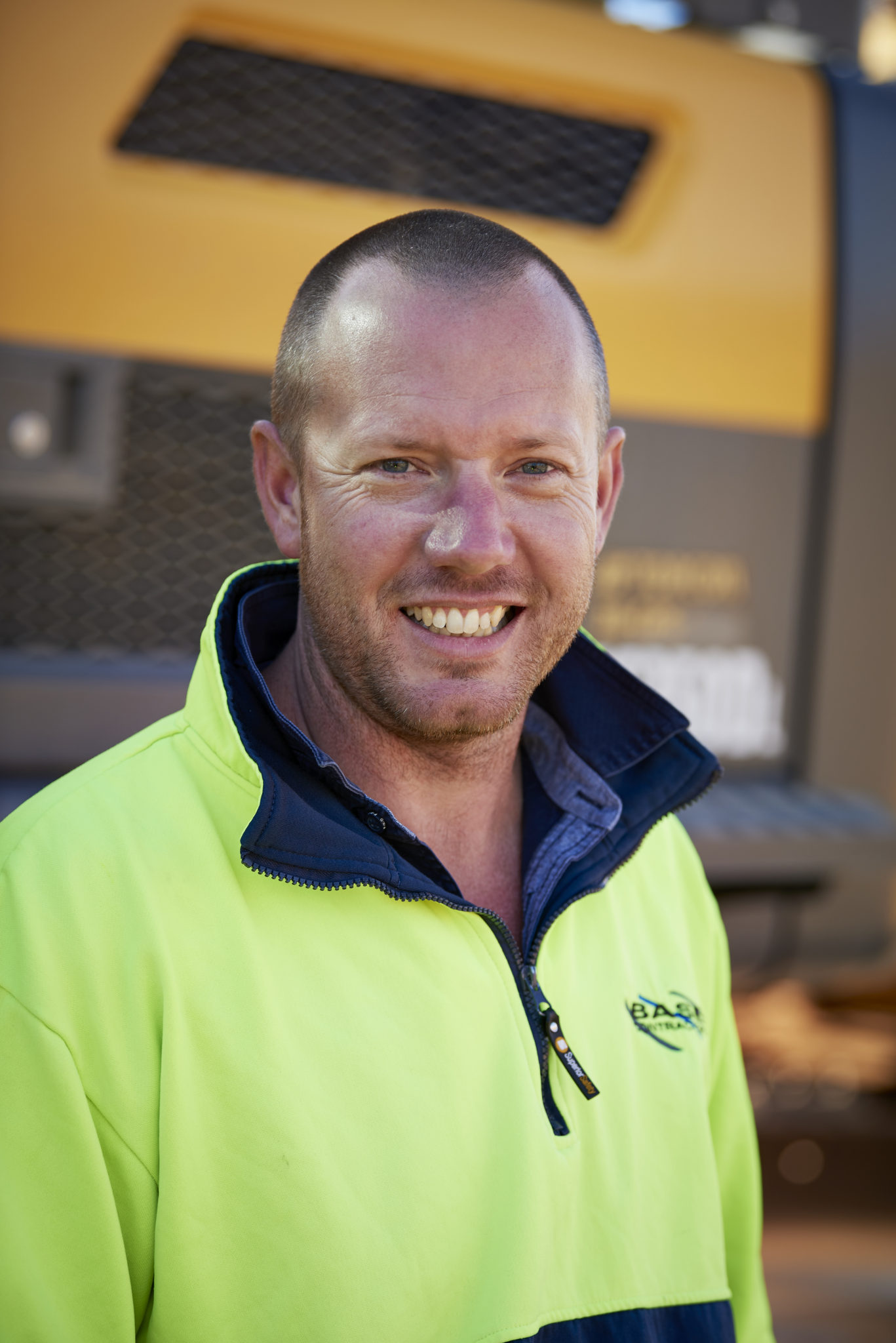 “The 48 tonne excavator and the 35 tonne excavator would have to be two of our most efficient machines, with the power-to-fuel usage outweighing our other excavators by a long shot,” he said. 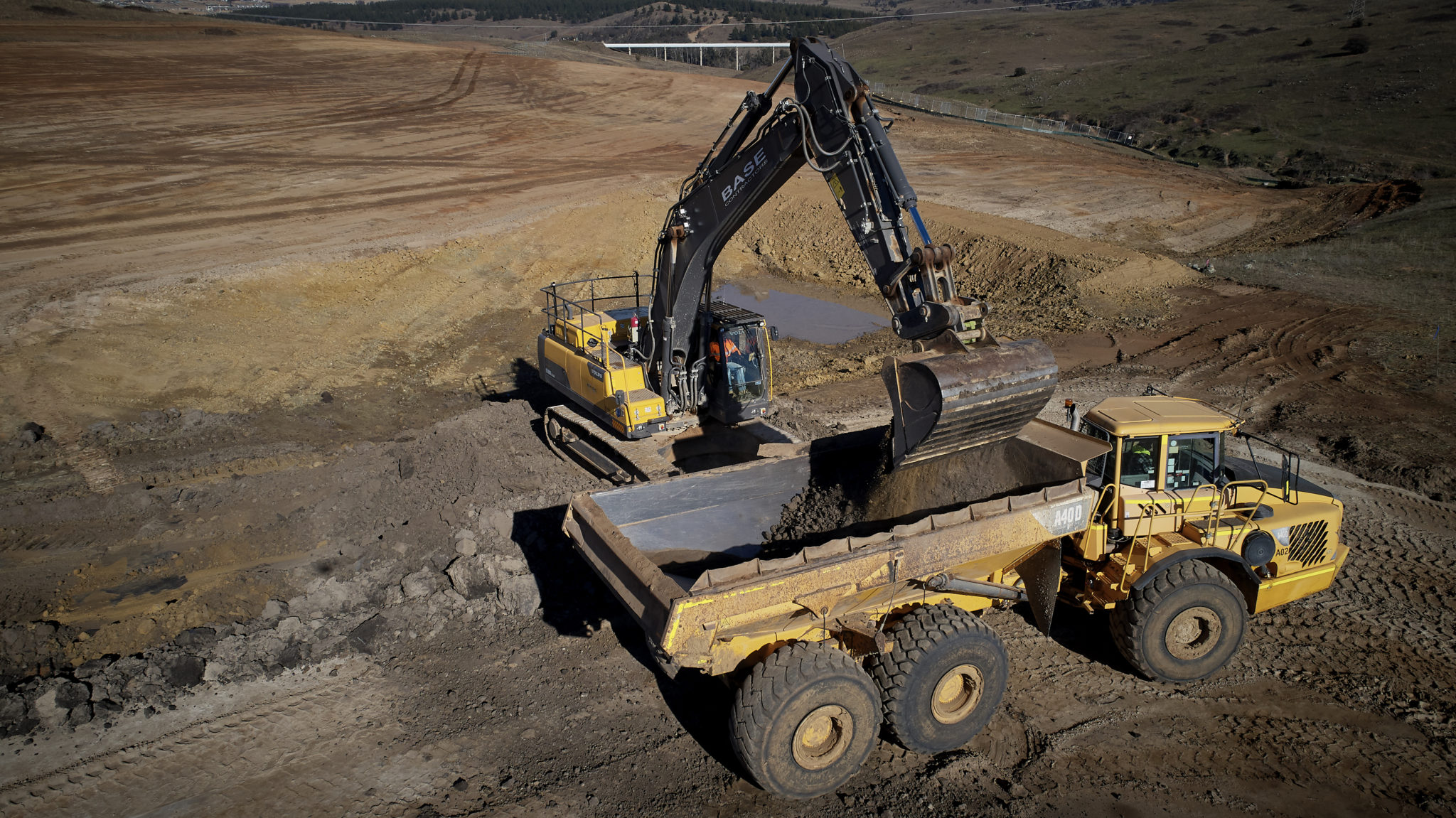 Along with Volvo, CJD presides over a product portfolio that includes the SDLG, Kenworth, DAF, Isuzu and Fuso brands – with the distributor, which was founded in 1974, maintaining a national network of branches, dealers and service centres, from capital cities to regional towns. Complementing its product suite, CJD maintains a spare parts division, comprising a fully integrated, Australia-wide network, with it stocking a comprehensive range of truck and earthmoving equipment parts, and providing a 24-hour, seven-days- a-week, after-hours call-out service, allowing it to quickly locate and directly dispatch parts to customers.

CJD additionally offers a range of repair and maintenance options, including both on-site and off-site repairs, maintaining a team of field service mechanics and a fleet of specialist field service vehicles, and provides a range of customer training options. 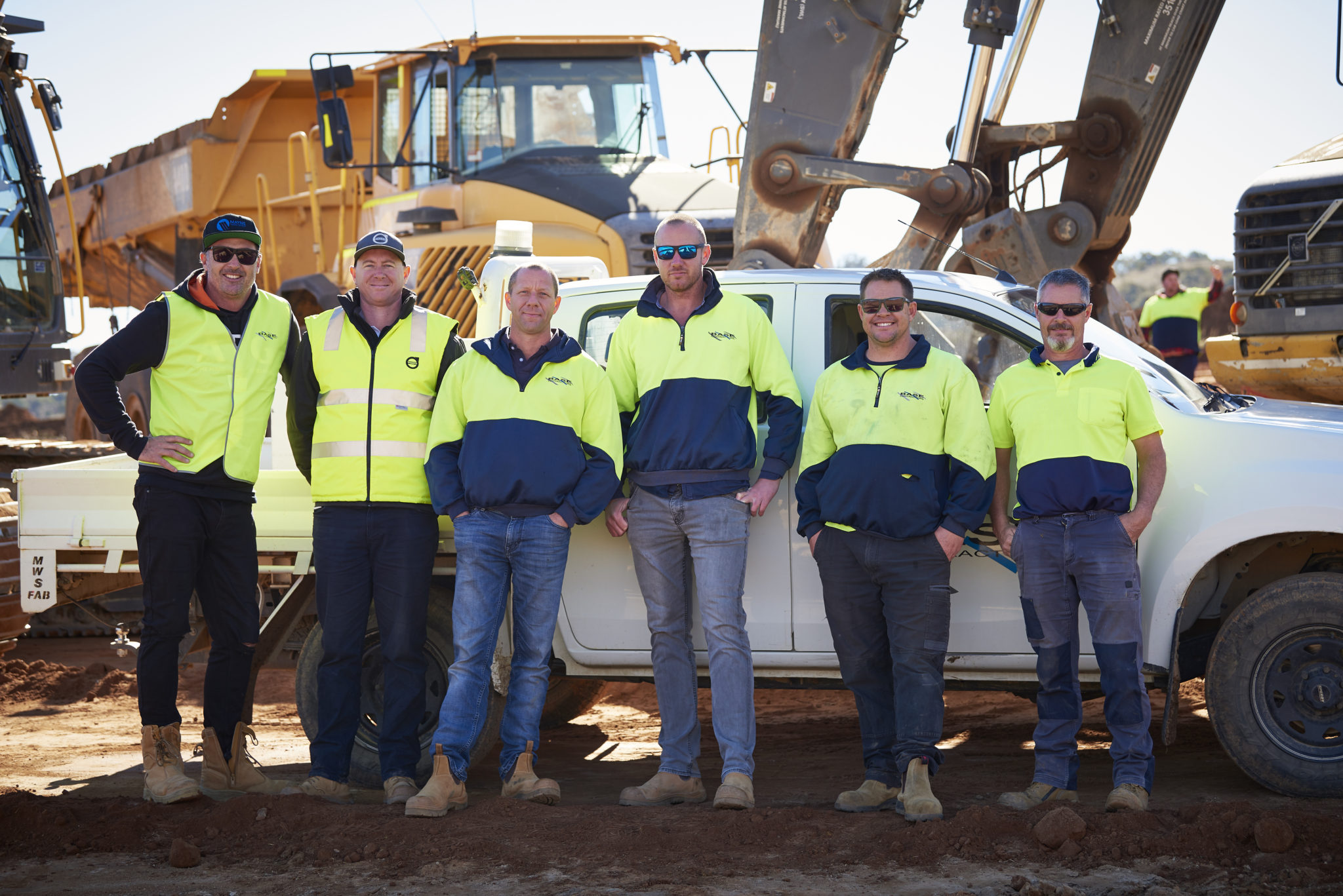 Shane said that Base Contractors and CJD have over the years built “a great working relationship”, describing the CJD team’s communication as “exceptional”.

“This is reflected when issues arise and need urgent attention, and CJD has not failed to service our requirements,” he commented. “After-sales service has been a huge factor in our purchasing of equipment, and CJD has always managed to give us the support that we need.” Ross Forsyth, CJD Regional Sales Manager, told EEM that he has had a working relationship with Phil and Shane for around four years, following Base’s purchase of two used Volvo A40D articulated dump trucks. 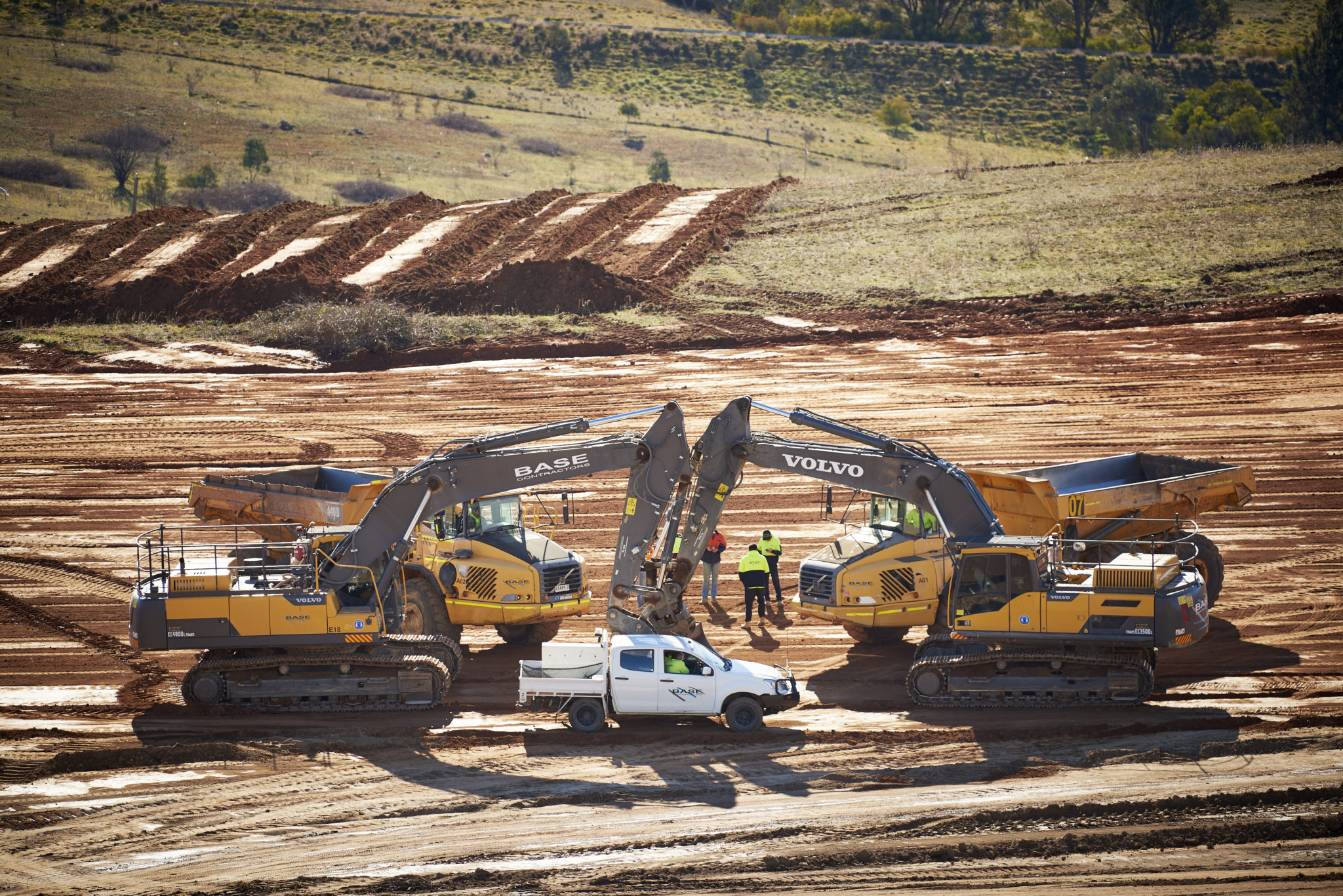 “In the first few months I’d never met Shane, I only had dealings with Phil, who had organised for me to replace the transmission in one of the A40Ds when they were working in Dignams Creek,” Ross, who has been working at CJD for six years, having started out as a resident field service technician, recounted. Ross took on his current role in CJD’s sales division, and followed up with Base, with the opportunity arising to quote on some new equipment. 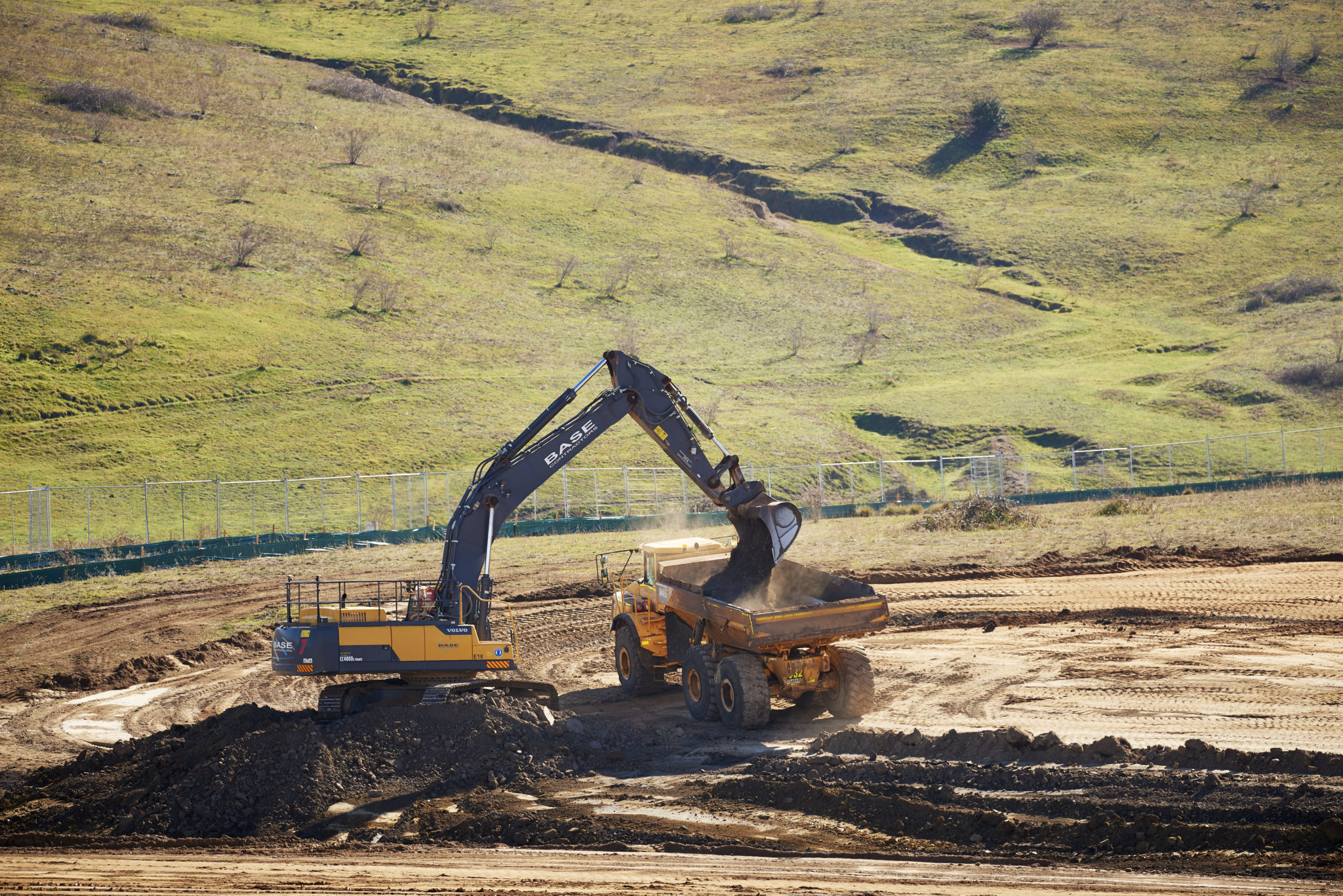 “That’s when I first met Shane, having called in to let them know I had moved into sales, and would be grateful for the opportunity to quote anything later on,” he told EEM.

“The boys then told me they wanted to move on some older machines, and that it would be out of Volvo and another competitor to supply the new machines. They’re both Volvo men now!” 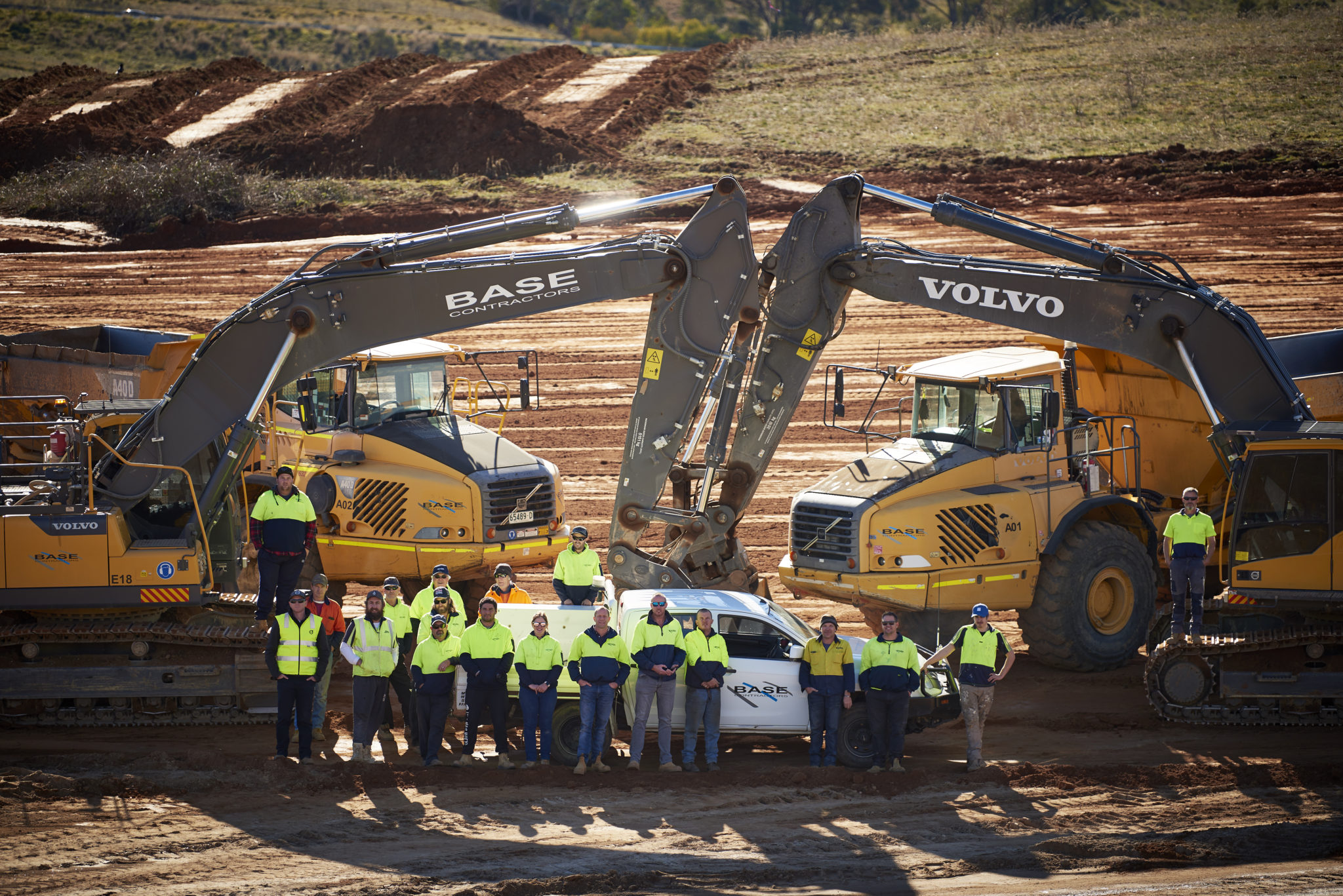 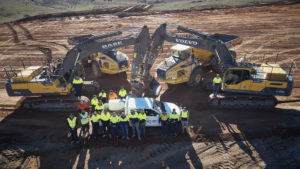