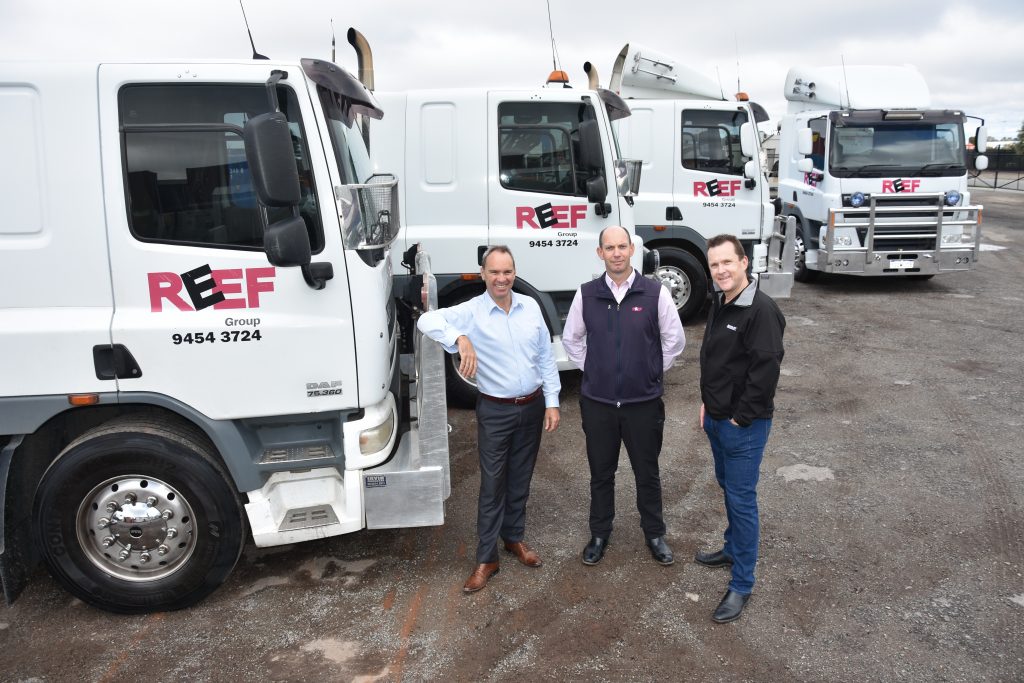 REEF Group is a young, specialised transportation and freight company on the move in Western Australia, based in Perth.

The business was established in 2002 by Robert O’Keefe, who originally ventured west from Victoria in 1988 and gained considerable industry experience working in heavy vehicle body building, mechanical fitting, and heavy vehicle management and maintenance planning.

Robert remains a strong, vocal advocate for safety in the industry and developed the unique and globally patented Container Loading and Unloading System (CLOS), offering the safest method of 20-foot sea container transport via tilt tray. It has helped set the company apart in the industry and been one of the drivers of its success. REEF Group received a Worksafe Award in 2005, was a finalist in the 2015 WA Innovator of the Year, and in 2018 was a finalist in the Australian Small Business Champion Awards. 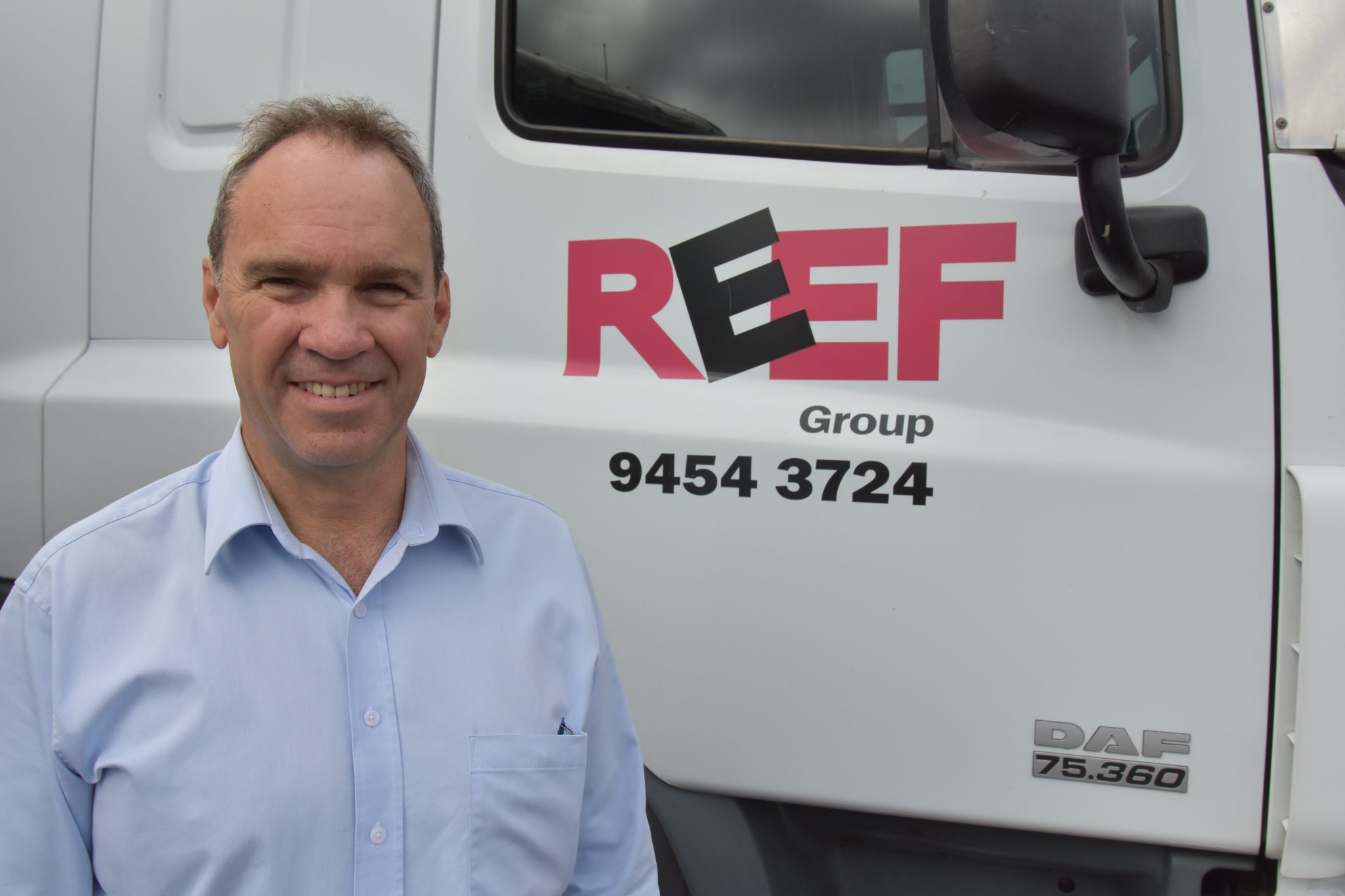 With a diverse fleet of state-of-the-art side loaders, low loaders, tilt trays and Hiab crane trucks, the company offers machinery, oversize, crane, sea container and intermodal (road, rail and wharf) transport services across the Perth metropolitan area and throughout WA.

Containers are also available for hire and sale, as well as transport for self-pack house relocations, while on-premises storage and trailers for double loading trucks are provided as well.

With more than 40 years of industry experience and adhering to its core values of safety, reliability and professionalism, the REEF Group team prides itself on providing a reliable, faultless service in a timely manner, and which is price competitive.

It has remained steadfast against cutting costs at the expense of driver fatigue or equipment maintenance, company standards that in 2017 contributed to it winning the local shire Chamber of Commerce and Industry Business Excellence Award for Training and Staff Development.

It is this industry experience, dependability and insistence on using the latest technologies that is highly appreciated by REEF Group clients.

All trucks are also fitted with the latest live-tracking equipment, enabling precise information on shipment status at any time and with electronic documentation along the way.

A mainstay of the expanding fleet has been a strong relationship with DAF trucks and distributor CJD Trucks, assisting the business expansion in recent years. 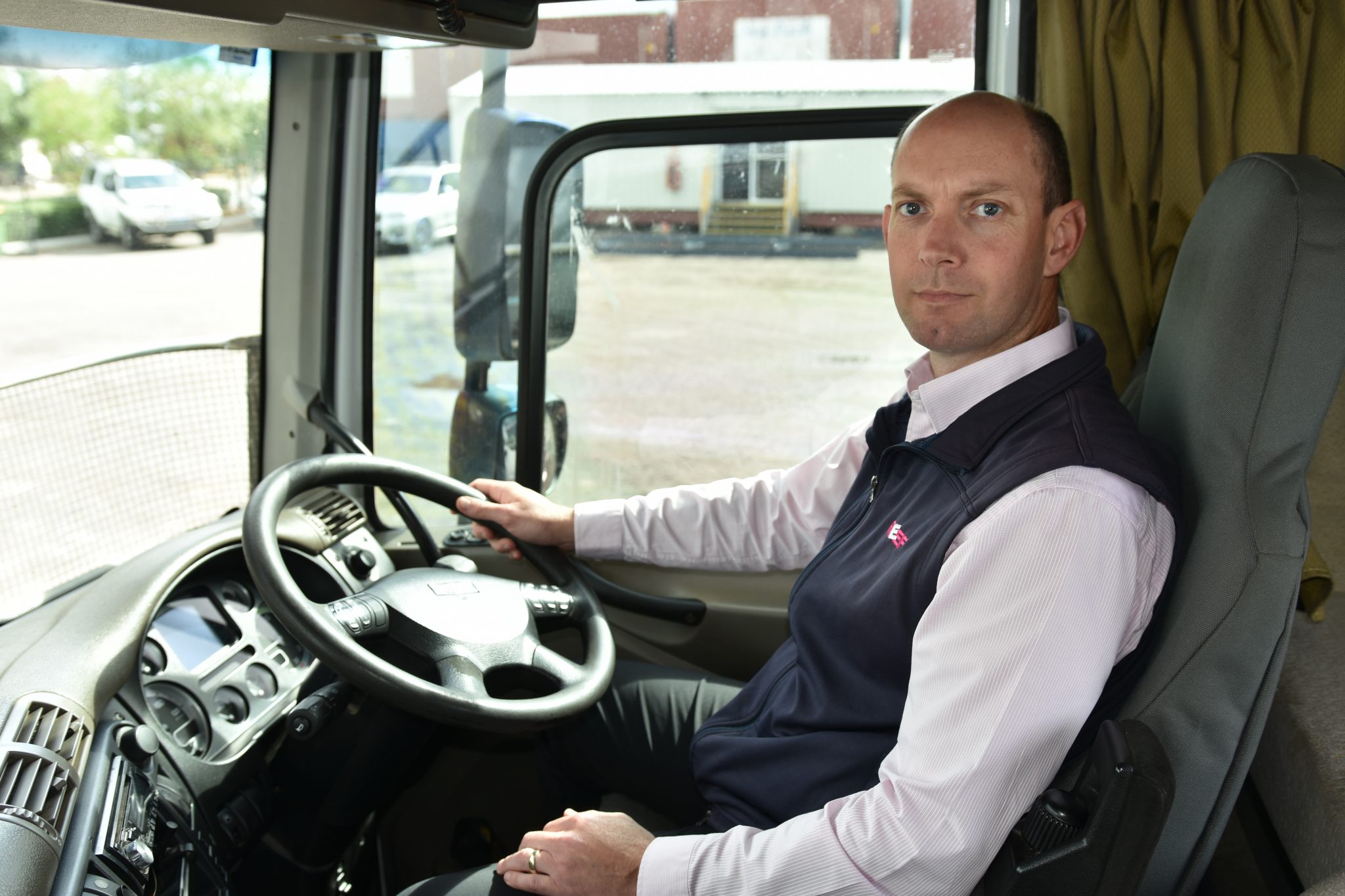 Robert said the company purchased its first DAF CF75 (tilt tray) through CJD Trucks in 2009. Today it has three DAF rigid tilt trays, with another on the way in early 2019, plus three prime movers for a total of seven DAF trucks, comprising most of its fleet.

“The rigid tilt trays are mainly used for transporting the 20-foot shipping containers. The prime movers tow our side loaders, low loaders and semi-trailers,’’ Robert said.

“We are venturing into road trains (two semi-trailers) utilising the DAF prime movers to mine locations like up at Newman in WA.’’

He said the medium height access to the cabs of the DAF trucks was a major benefit, as REEF Group drivers were in and out of cabs multiple times during the self-loading process with the DAF tilt trays.

REEF Group has never incurred a breakdown over its nine years with the DAF trucks and Robert said the ongoing service and support from the CJD Trucks team was excellent.

“With the CF75 tilt tray truck due to arrive in early 2019, as part of the ordering process we were able to easily change the wheel base length specifically to our requirements, as well as fit suitable fuel tanks.’’

“We are also looking forward to the European chassis and full disc brake system that we anticipate will be released soon.’’

He said maintenance of the DAF trucks was primarily done by the company’s independent mechanics, however for technical matters they were scheduled in with the CJD Trucks service centre.

REEF Group is now targeting further growth, with opportunities in the transport and storage of self-house moves, as well as in deliverable steel house frame services.

The company plans to continue building on its success, including enhancing the self-loading automation of the CLOS, securing premises in regional towns and interstate, and continuing the effort to limit its environmental footprint. 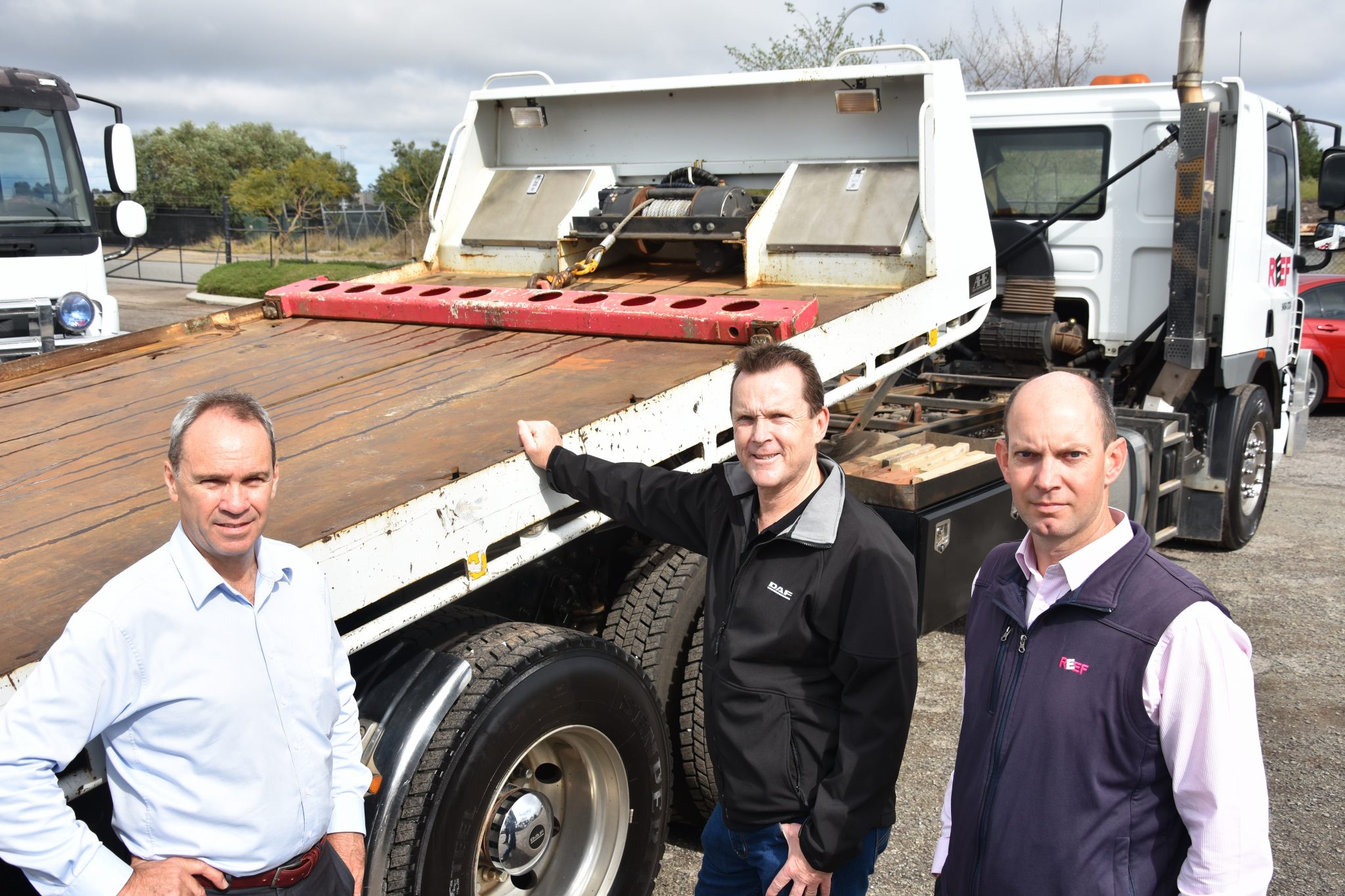