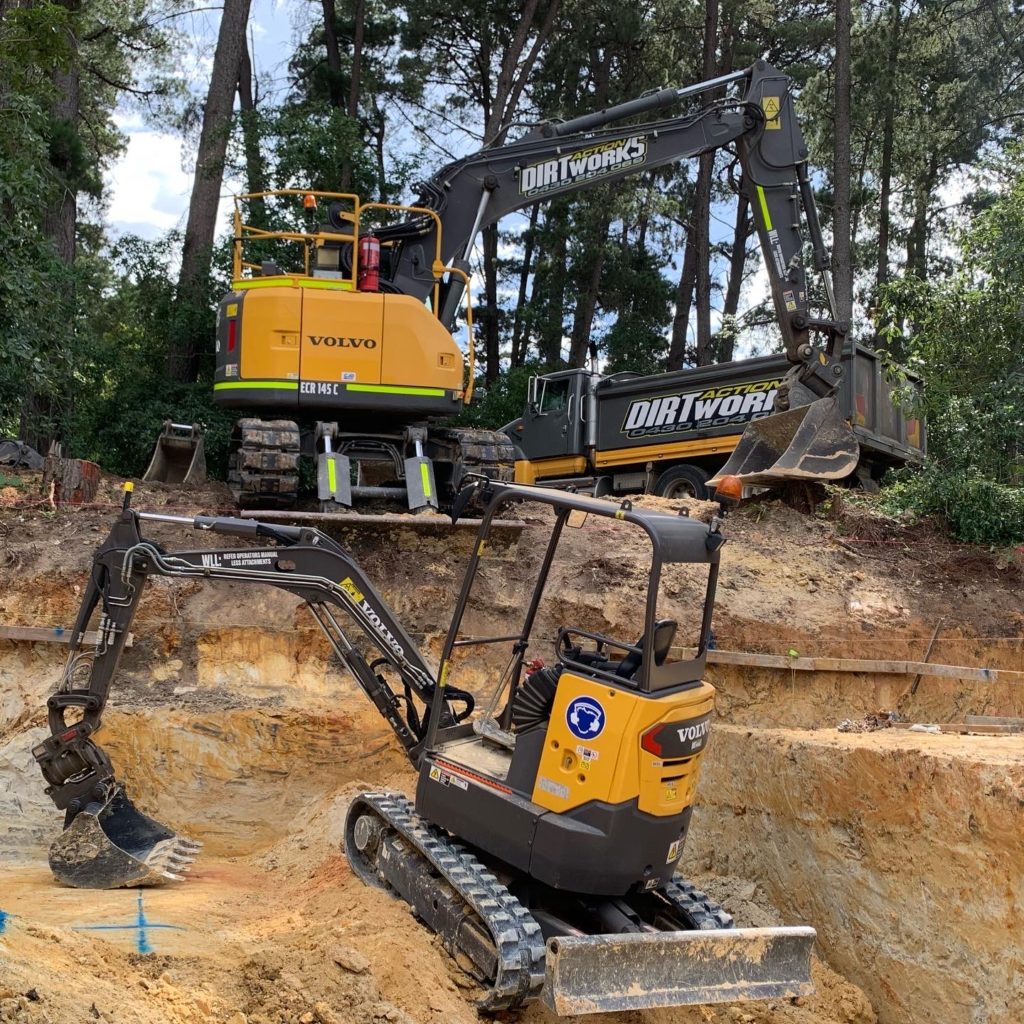 Action Dirt Works is a relatively new kid on the block, well… in name only. Owner Mitch Bartlett has done his time in a range of earthmoving gear and trucks for previous employers and also his own businesses. One of the businesses he set up four years ago when he was working in the rail scene and decided he wanted to make a few changes and scale things up. Now with 23 years of experience under his belt, a new business name and model, and a fleet of shiny Volvo’s purchased from CJD Equipment, Mitch has become the master of his own destiny.

“I started out in earthworks 23 years ago when I left school at the age of 17. I started working for a landscaping company that owned a skid steer. I picked that up pretty quickly and knew which direction I wanted to go so after learning all I could there, I moved to an excavation company with trucks and excavators where I learned to operate diggers and drive heavy rigid tippers,” said Mitch. 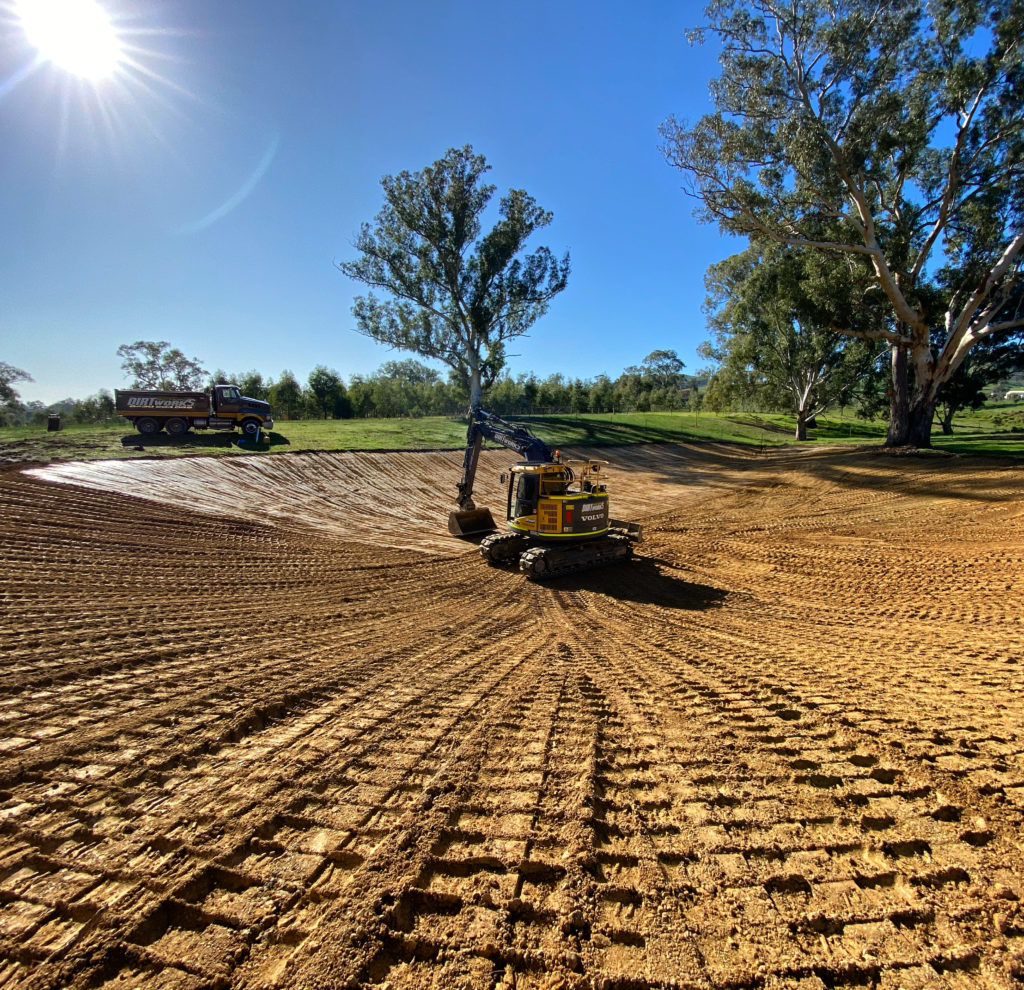 The travel bug eventually set in and Mitch decided it was time to broaden his horizons and travel the world. But as fate would have it an unfortunate motorcycle accident while in America meant it was time to come home at 23 years old with a broken neck and paralysed arm. After being told the only work he could do was going to be light duties, Mitch bought a mini skid steer and excavator and started his own business. They say it’s hard to keep a good man down and Mitch is living proof of exactly that.

Since then Mitch has run a range of equipment, including wheeled skid steers, track loaders, excavators, loaders and dozers. From racetrack building to swimming pool excavations, he tried to cover it all.

In the earthmoving industry, Mitch loves to learn new and better ways to achieve the desired finish. He shared, “At Action Dirt Works we offer a range of services, but focus more on swimming pool excavation, horse arenas and dam construction. I’m a strong believer in taking on every project as if it was my own place, making sure the finished product is better and to a higher standard than was ever expected of us.”

Mitch and his team are currently working on two projects – an ornamental dam and shed site cut in Gough’s Bay, and a private SXS racetrack in a disclosed location.

Our Equipment Stands Out

Mitch continued, “We custom paint our equipment to stand out, from matching float and truck to the machines; everything is stickered up and we try to keep everything clean and looking good. I love rolling down the road with the machine loaded looking sharp, so when you arrive onsite, you have sent an impressive professional image, which we only expand on as the project progresses to completion.”

Not being one to be intimidated by new technologies, Mitch shared, “We have run tilt hitches on most of our diggers for a long time now. When we first started using them, everyone was blown away by how good they were and how nice we could finish off our jobs. We are currently looking at upgrading our Volvo ECR145CL to the latest E-Series, which offers all the latest technology and will increase productivity. We are also looking at fitting it out with a tilt rotator head.

“My team has always enjoyed working in our Volvo’s because they are an exceptional machine, and our experience with CJD Equipment has been just as good. We decided to move over to CJD Volvo back in 2014 when we purchased an ECR58D excavator. The salesman at the time, Joel, was a ripper guy and made the whole process from quote to delivery an enjoyable experience.

From there the bond grew with CJD Equipment – their after-sales service is second to none. From onsite support and servicing to the workshop, they are awesome. I can’t praise their knowledge and products highly enough.”

On the CJD Equipment front, Mitch has been working with Ryan Simmonds, Regional Sales Manager Melbourne Metro & Northern Victoria. Ryan has had two stints with CJD Equipment – the first was four years ago, and now Ryan is seven months into his second role. Having also previously worked for Volvo & Mack Trucks, all together Ryan has been with the Volvo brand for 10 years. 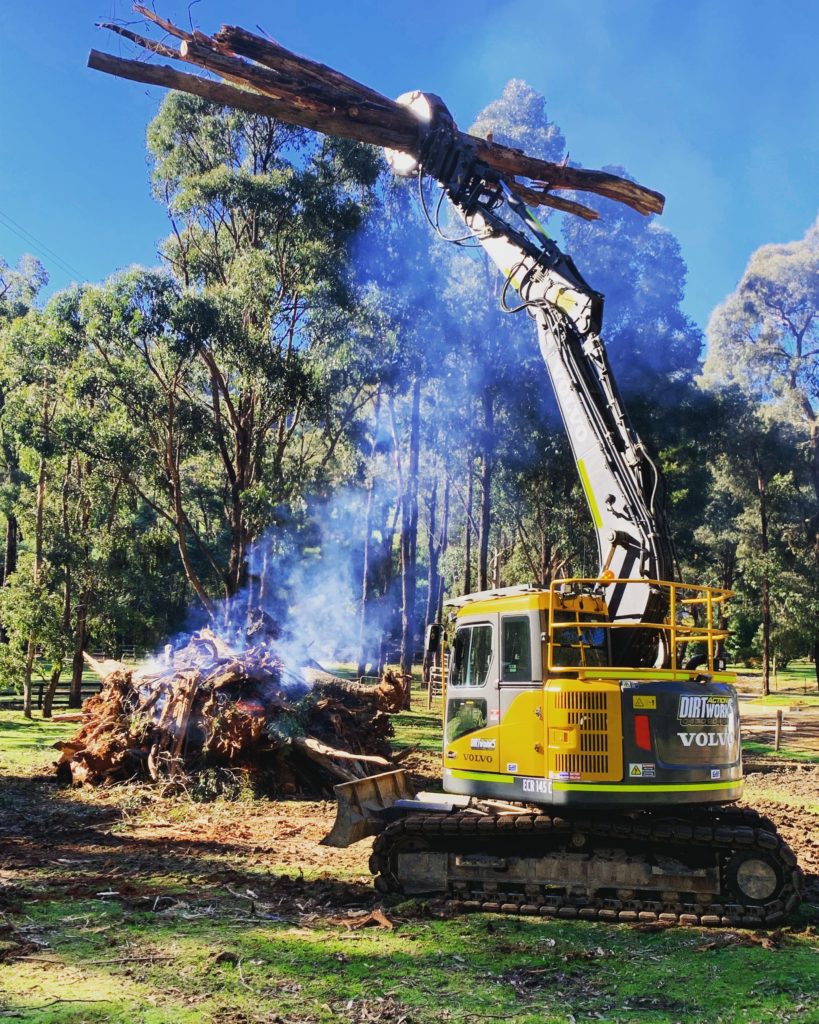 Chatting with Ryan about his relationship with Action Dirt Works and Mitch, he shared

“I met Mitch on my first week at CJD Equipment. Seven months ago we enjoyed building our relationship on the existing excellent experience Mitch has had over the last four years. Over those years, Mitch has purchased an ECR25D, ECR35D and two ECR58D compact excavators and an ECR145CL excavator. Like a lot of our customers, Mitch is an owner-operator who needs a reliable product with a great after-sales support team, which CJD Equipment prides itself on.”