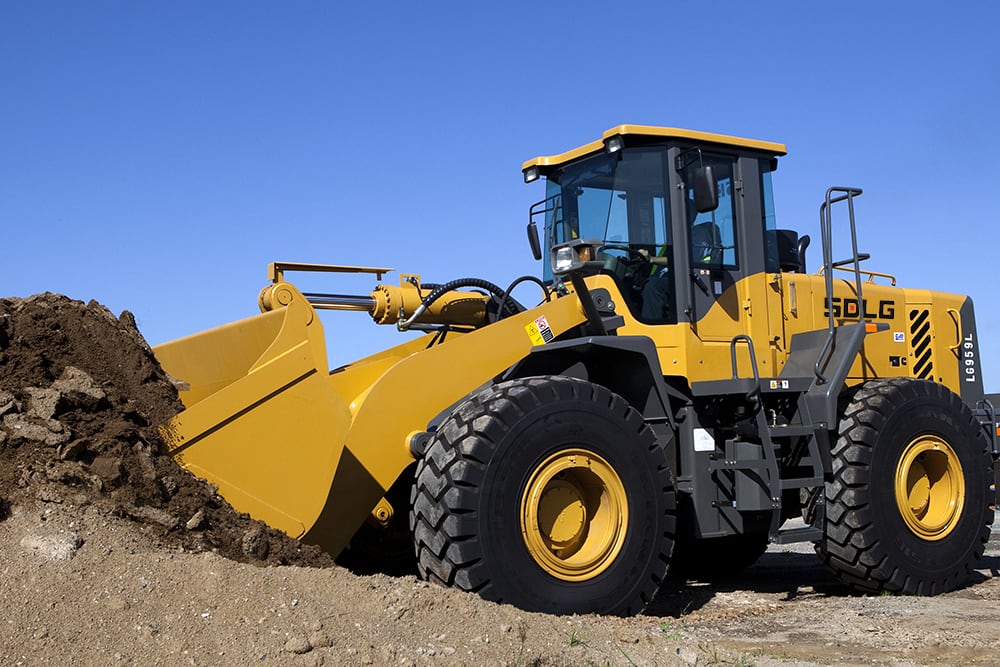 Working in the punishing tropical climate of the Queensland countryside is not for the faint-hearted. But an LG959 from SDLG is more than capable of withstanding the heat in its work at a cattle station in the Australian state.

Earlier this year, a heatwave saw the mercury touch 47.2˚C in south-west Queensland on the hottest-ever February day in the state. As heat records continued to be broken, there was a notable impact on business, but one cattle station owner had reasons to be cheerful: no matter how hot it got, his SDLG LG959 wheel loader kept delivering the goods.

The wheel loader in question was purchased back in October 2015 by Dagworth Grazing, a cattle station 60 km north of Georgetown in Queensland. It was bought as a replacement for a 10-year-old wheel loader — an SDLG Ranger 950-2 — and according to the owner, the new LG959 has delivered improved performance.

“I am very impressed with the technological updates SDLG has made,” said Ian Tincknell, the owner at Dagworth Grazing. “The engine-cooling system has worked extremely well and handled our 40-degree temperatures. To date, we have had no problems either with hydraulic hoses or any other major components such as transmissions, torque converters, differentials, and hydraulic pumps.”

Dagworth Station covers over 240,000 acres and can carry up to 6,000 breeders. To access different parts of the estate, and to keep cattle from straying out of bounds, Dagworth Grazing regularly clears new roads, maintains existing ones, and erects fence lines. The LG959 has been essential in carrying out these tasks.

Weighing close to 17-tons, the machine packs a good punch with a maximum breakout force of 175 kN. Power for the five-ton wheel loader comes from a Deutz D7E Tier 3 engine, and Dagworth Grazing regularly configures it with a stick rake to sift soil and rocks and remove unwanted shrubbery and overgrowth. The unit is also used for desilting dams.

Great value in a user-friendly and versatile package

Dagworth Grazing bought the LG959 from CJD Equipment, SDLG’s exclusive dealer for Australia, and was initially attracted by the affordable purchase price. However, with the machine approaching two years of productive operation, the company is quick to praise the all-around value the unit delivers, having proven itself on the station and on other properties – sometimes even around-the-clock.

“I have recommended SDLG to other people in the area,” said Tincknell. “In my opinion, it would be very hard to find a loader that is as versatile as the SDLG machine.”

Having got off to such a successful start, the new loader is on course to match the performance of its predecessor which clocked an estimated 4,000 work hours. Of course, regular maintenance is the key to a long working life for any machine and, here, Ian Tincknell is again quick to praise the SDLG.

“It is hard not to be impressed by anything brand new but, again, I was very impressed with the design features of the new machine, particularly the user-friendly access to the radiator and oil cooler, making them easy to clean,” he said. “I will have no hesitation in purchasing another SDLG machine when the time comes.”

Click here to check out the full range of SDLG Loaders!