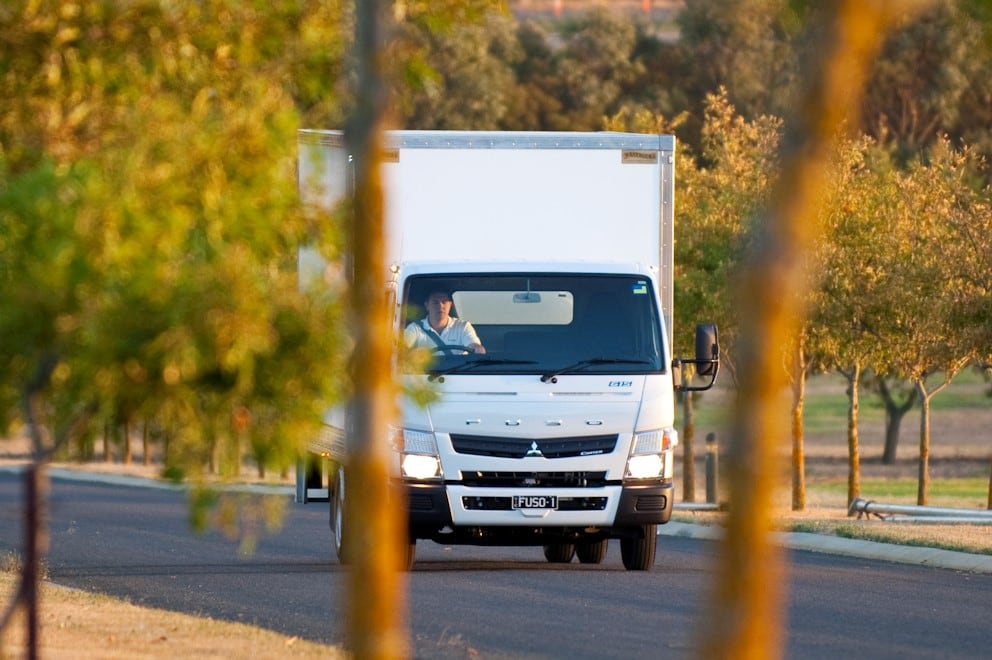 Tasmanian freight firm Streeflands has been delivering newspapers, bread, juice, and everything required for a great breakfast since 1986 with Fuso trucks.

Rick and Theresa Streefland started off the business buying their first Fuso truck from Chris Saltmarsh at CJD Equipment. Today, their son Troy is in the driver’s seat of the company and the family is still buying Fuso trucks from Chris and the team at CJD as part of its expanding operations in Tasmania and Victoria.

Early on, the Streeflands team decided that rather than chase general freight work, they would work with a select number of clients allowing them to give clients a higher level of service.

It’s a policy that has proven effective throughout decades of operation.

Streeflands, which introduced an expansion program in 2008, now delivers for brands such as Coca-Cola Amatil, Juicy Isle, Mauri, Cripps, and the News Corp Hobart Mercury newspaper.

Now running a fleet of 50 vehicles consisting of trucks, utes and vans with 14 of those Fuso Canter and Fighter trucks, the expansion program has proven its effectivity.

Inheriting a range of older models when it has acquired other operations and keeping them on as standby has helped Streeflands cover spikes in demand which often occurs in the beverage market during the warmer weather.

Streeflands has one depot in Launceston and another at Latrobe, just outside Devonport, Tasmania, while also operating from client sites in Hobart and Melbourne.

Troy Streefland says the company has been able to rely on the Fuso trucks and the solid support that CJD Equipment provides.

“Dad’s first truck was a Mitsubishi (Fuso) and he just kept buying them,” he says.

“They are reliable and comfortable, the drivers really enjoy driving them and we know that CJD Equipment will always back us.”

All of the Fuso trucks Streeflands currently run are manual, however, the company will likely switch to AMT transmissions, as wells as transferring to the quick shifting dual clutch Duonic automated manual in their Canter models, to make it easier for drivers in future.

Troy says that having good drivers is important, but that it is not all about how they operate the truck. For example, Cripps bread delivery drivers are also responsible for filling shop shelves with the product and ensuring that any old stock is removed and returned.

“We are placing more and more emphasis on customer service when we employ drivers these days,” Troy says.

“Increasingly, it’s not enough to simply be a good driver.”