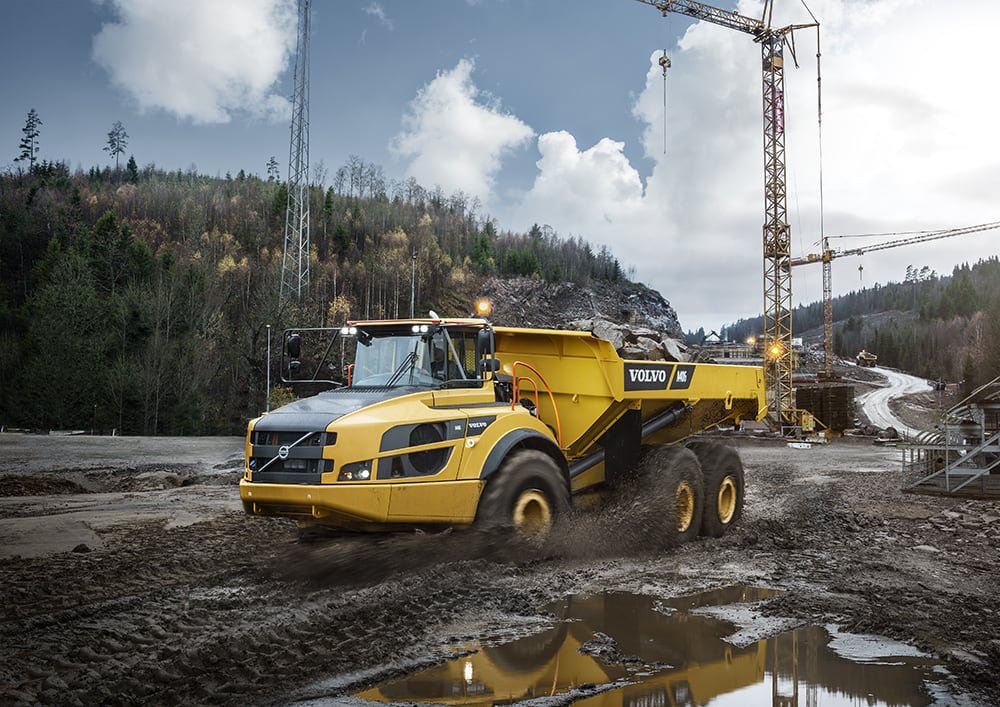 Victoria-based P&V Wade Earthmoving Repairs Director Phil Wade originally started off as a diesel mechanic apprentice working for a company called Goldhill in 1976. After a decade, Phil set up his own mechanical repair business with a workshop in Bunyip. Phil’s son Aaron, who’d completed his training with CAT Tullamarine, joined the business as an apprentice diesel mechanic. The workshop was expanded, now employing five mechanics. The business, during this phase, was slowly building a fleet of Volvo dump trucks that were primarily used for dry hire. With time the business was taking on its own work specialising in overburden removal in hard rock quarries and sand pits. Phil has been in the industry of hard rock quarries for three decades now. Among its current clients are Boral, Fulton Hogan & Metro Quarries, and other smaller companies.

Phil says: “I originally became involved with Volvo artic trucks back in 1985 working for Goldhill in Latrobe Valley on what was the first river diversion at Morwell. “After that, I was on the Northern Express Way out of Sydney. During these early days, we were providing Volvo with feedback on their machines and making suggestions on possible improvements, which were in most cases taken on board. “During these years of working on Volvo artics, I realised they were far superior to anything else on the market, so the decision to go with Volvo went without question. Other manufacturers are still playing catch up now. “We currently run 12 Volvo artics ranging from A40D, A40E, A30F, A40F and recently purchased our first A45G, which is performing extremely well. “I’ve always found CJD great to deal with, whether it be sales, spare parts or service. “We get extremely good service life out of our trucks. We carry out the majority of our own service work through our workshop, which is now owned and run by Aaron.”